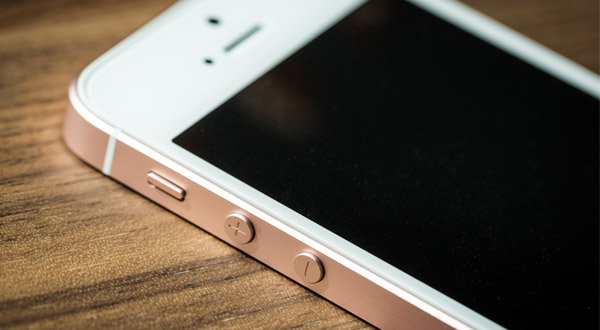 We all know that Apple is the company which manufactures high-end flagship smartphones, however, in the early 2016, Apple Inc. released a mid-range flagship smartphone named iPhone SE which looked identical to the iPhone 5 and the 5s however, possesses hardware and OS of the iPhone 6s. And today we will review the same device.

The Apple iPhone SE looks identical to the iPhone 5 and iPhone 5s and also is made out of an aluminum body. The device too features the protection of corning gorilla glass at the front. However, the iPhone SE has not the FCC marking which was visible in both 5 and 5s.

The top bezel of the Apple iPhone SE possesses an earpiece followed by front facing camera at the top if it and sensors at left hand side. And likely to other iPhones, this device too is deprived of a notification LED light. The device, besides, features a home button at the bottom which also works as a fingerprint sensor.

The iPhone SE features a power button at the top, whereas, a 2.0, reversible connector USB charging port, a primary microphone, a speaker grill and a 3.5 mm earphone port is placed at the bottom of it’s body. The device, besides, features the SIM card slot on the right hand. Similarly, the volume adjusting keys and a silent button are kept on the left hand side of the device. Further, the main camera, a dual tone LED flashlight and secondary microphone are stored at the rear part of the device.

Moreover, the iPhone SE features 4.0 inches LED-backlit IPS LCD retina display featuring resolution of 640 x 1136 pixels (~326 ppi pixel density) resolution. The screen produces vibrant, saturated and accurate colors. However, the viewing angles are not that much attractive. And the screens too are not so good as of the iPhone 6s.

Like we have mentioned above, the Apple iPhone SE is operated with iOS 9.3.2 which was also used in the 6s. Furthermore, the device is furnished with Apple A9 chipset, Dual-Core 1.84 GHz Twister CPU and PowerVR GT7600 (six-core graphics) GPU under the hood. Moreover, the iPhone SE is available in 16 GB, 32 GB, 64 GB and 128 GB of ROM and 2 GB of RAM.