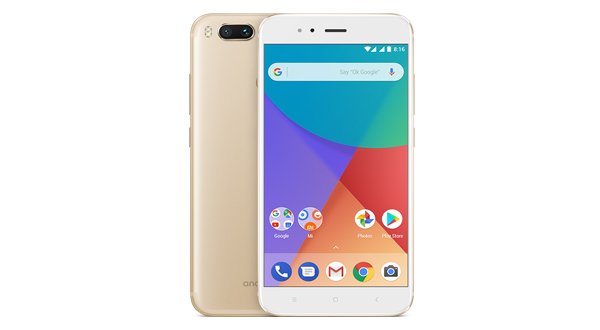 Xiaomi is a renowned smartphone company which has manufactured various budget-oriented and high end smartphones so that everyone could use smartphones. Yet Xiaomi always used its own customizing MI UI in its all smartphones, but not this time. The Mi A1 is the new smartphone launched by Xiaomi and powered by Google. Yes, the Mi A1 is totally stocked by Android and can be a good option in the range of mid-range smartphones.

Talking about the build quality, the Xiaomi Mi A1 is built with metal unibody which makes the smartphone looks sturdy and classy. The smartphone possesses corning gorilla glass at the front which makes the screen scratch proof along with making the device look premium. The rear part of the device acquires cameras whose housing is identical to that of iPhone 7 Plus, and 8 Plus.

Coming towards the appearance, the Xiaomi Mi A1 features an earpiece at the top followed by sensor housing and a front facing camera. The capacitive home, recent app and back buttons can be found beneath the screen and this time, the capacitive keys are backlit. Looking the rear, the device acquires dual camera along with dual tone LED flashlight and a finger print sensor. 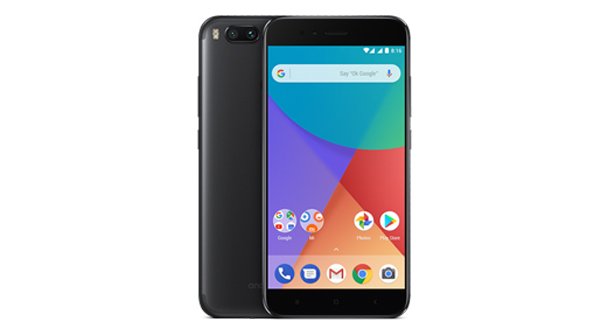 The Mi A1 possesses 2.0, Type-C 1.0 reversible connector at the bottom of its body which is companied with an earphone port, a microphone and a speaker. The speaker is loud and delivers clear sound even while playing music in high volume. The right part of the smartphone contains power button below the volume keys, likewise, the left side consists of a hybrid SIM card tray. If we take a look at the top part of the device’s body, we can find IR sensor and a noise cancelling microphone.

Speaking about screen, the Xiaomi Mi A1 is equipped with 5.5 inches LTPS IPS LCD capacitive touchscreen. The smartphone also possesses resolution of 1080 x 1920 pixels which is good in accordance to its price range. The screen is bright and can easily be used under intense light condition. The stocked Android UI also makes the screen look premium. The screen produces vibrant and saturated colors along with good viewing angle.

The Xiaomi Mi A1 is shipped running with Android 7.1.2 Nougat, and Android has said that device shall soon get the Android 8.0 Oreo update. The smartphone is boasted with Qualcomm MSM8953 Snapdragon 625 Chipset, Octa-Core 2.0 GHz Cortex-A53 CPU and Adreno 506. These processors do make your device a little bit faster. The device also doesn’t get heated even while playing heavy games.

The Mi A1 is featured with dual 12 MP cameras. The first rear camera is a wide angle lens of 26 mm having the aperture of f/2.2, whereas, the second one is a telephoto lens of 50 mm with the aperture of f/2.6. The camera also gets 2x zoomed without producing any kind of noise. The rear camera does good job in the daylight condition, yet the images’ quality gets degraded in the lowlight condition. The camera also records videos at [email protected] and [email protected]

The Mi A1 also features 5 MP front facing camera that works good in the good light condition. The camera lets you to shoot good self-portraits in the day light, yet the quality degrades in lowlight condition.

Moreover, Xiaomi powers the Mi A1 with 3080 mAh battery. The battery featured in the smartphone is powerful enough so that it can last for hours with a single charge. However, the device lacks fast charging which might not be a good thing.

Overall, the device is good and you can get one if you are about to buy a new smartphone.