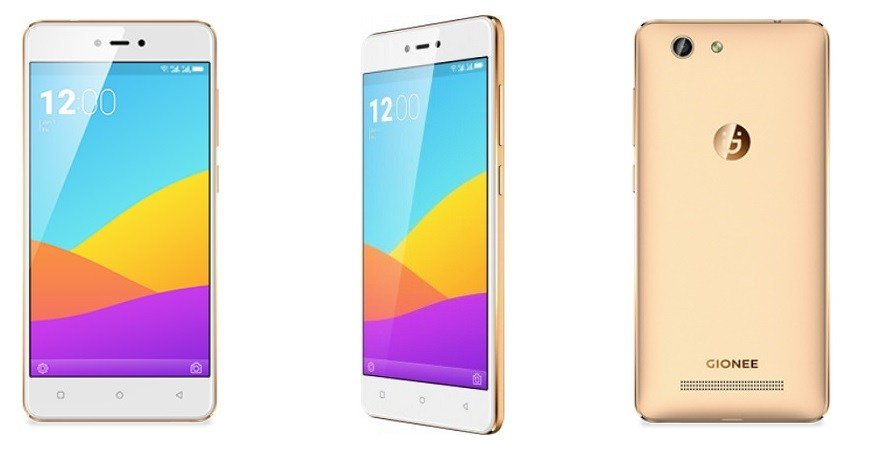 Today we will be analyzing a popular Android smartphone called Gionee F103 Pro manufactured by Gionee or Gionee Communication Equipment Co. Ltd., a smartphone company which has been serving the world by producing different ranges of smartphones that are budget friendly with the customers. Following its tradition, on 2016, October, Gionee introduced a new smartphone named Gionee F103 Pro, the successor of the Gionee F103 which was released on 2015, October.

The body of Gionee F103 Pro, just like other mid-range devices like Lenovo’s Vibe K3 Note and others, is completely made up of plastic. The device receives silver metal coating frame on both sides, however, is made up of plastic. The device has got an identical look of other devices manufactured by Gionee. The device features an earpiece, sensors and front facing camera at the top of the screen. However, the device is not supported by the notification LED light. The device, furthermore, features capacitive home button, recent app and back button below the screen. The device possesses the SIM card slots and microSD card under the back lid.

In addition, the device features the volume alternation keys followed by a power button below in its right side. At the top, we can observe the 3.5 mm headphone socket, and at the bottom we can observe a USB port and a microphone. The device, besides, possesses main camera and LED flashlight at the rear side of the device and speaker grille at the rear bottom.

Besides, the Gionee F103 Pro is built with IPS LCD capacitive display screen and has 720 x 1280 pixels (~294 ppi pixels) resolution and 5.0 inches screen. The device, just like its predecessor, possesses the protection of Asahi dragon tail glass. Moreover, the screen is slightly curved on both edges which makes is look attractive. The text and colors in the display are fine. The viewing angle is good and attractive. The device also features auto brightness mode which automatically adjusts brightness under bright light. Overall, the display of Gionee F103 is very good.

The Gionee F103 Pro packs Android 6.0 Marshmallow out of the box, but could not be updated to Android 7.0 Nougat. Moreover, the device is equipped with Quad-Core 1.3 GHz. The device, besides, packs 16 GB of internal memory and can be expanded up to 128 GB with the help of an external microSD card.  Also, the Gionee F103 Pro comes with 3 GB of RAM. However, its predecessor had only 2 GB of RAM.

The Gionee F103 Pro, furthermore, is equipped with Li-Po 2400 mAh removable battery. However, the device, just like other normal smartphones, lacks fast charging functionality which can be seen in many devices. The battery is good and gives nice battery backup. The device is available in gold, white and gray colors.