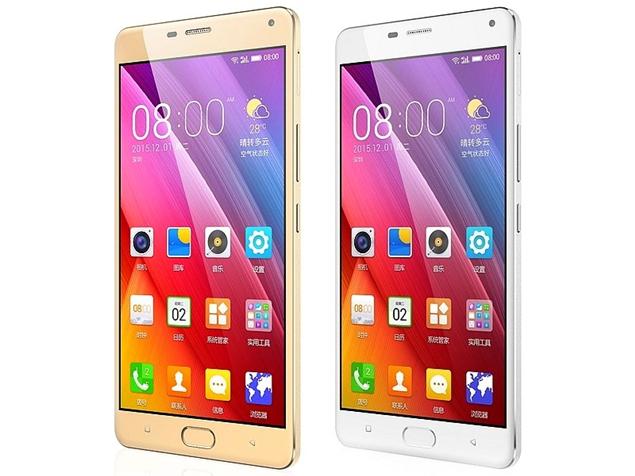 The Gionee Marathon M5 Plus’s body is also completely made up of metal. The sides of the device features metal frame and the rear part is also made up of metal. The rear part is not slippery and is slightly curved that makes the device easy to hold. The device also features the 2.5D curved Corning Gorilla Glass which also can be noticed in many devices of Samsung like Galaxy A5 (2016) and others too.

Moreover, the Gionee Marathon M5 Plus features an earpiece at the top and is followed by sensors and notification LED lamp on its right and front facing camera on its left. However, Gionee had made some changes in the Gionee Marathon M5 Plus. The device replaces capacitive home button with the physical home button. The recent app and back button is also visible under the screen alongside of the home button. Moreover, the home button also works as a fingerprint scanner. The device carries the dual SIM card slots at the left hand side.

The device, just like other Gionee smartphones, features the power button and volume adjusting keys at the right side of its body. The microSD card slot is also featured at the top above the power and volume adjusting buttons. The device also possesses 3.5 mm headphone socket, a USB Type-C reversible port and a microphone at the bottom. Besides, the device features main camera, LED flashlight and secondary mic at its rear side. The speaker grille is featured at the rear-bottom.

Additionally, the Gionee Marathon M5 Plus comes with big screen of 6.0 inches and features Super AMOLED capacitive display. Also, the device possesses full HD 1080 x 1920 pixels (~368 ppi pixels) resolution screen. The Gionee Marathon M5, moreover, acquires protection of Gorilla Glass 3 on its screen. The screen also supports multi-touch up to 5 fingers. The device as it features Super AMOLED screen, it provides good coloring in the screen and sharp texts and also good viewing angles. The screen also acquires auto brightness mode feature which helps users to use their device in bright lights by automatically adjusting the brightness of the screen.

Besides, like the old devices of Gionee, the Gionee Marathon M5 Plus also runs Android 5.1 Lollipop out of the box, and cannot be updated to further versions released by Android. The device is equipped with Mediatek MT6735, Octa-Core 1.3 GHz Cortex-A53 and Mali-T720MP3 GPU. The device comes with 64 GB of internal memory and 3 GB of RAM. And like other smartphones, this device too features a microSD card slot which allows users to expand the memory up to 128 GB.

Further, the Gionee Marathon M5 Plus is equipped with Li-Po 5020 mAh non-removable battery. Nevertheless, this device, just like many devices of Gionee, lacks fast charging functionality .The battery, however, is good and has a nice battery backup. The device is available in champagne gold and polar gold colors.