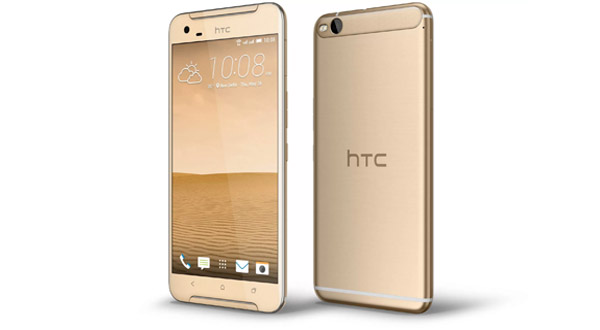 HTC is one of the most popular smartphone manufacturers and has manufactured many smartphones which can be purchased by both middle level and high level people. And giving continuity to the same process, dated back to 2016, January, HTC released it’s another budget-oriented smartphone named HTC One X9, and today we will be reviewing the same device.

The HTC One X9 obtains the identical look as of other HTC devices like HTC Desire 626G, Desire 728 and so on. However, the body is completely made up of metal. The device too has got the protection of gorilla glass in the front.
Moreover, we can see that the device possesses an earpiece on the top of its screen followed by front facing camera, a notification LED light and different sensors. Further, the capacitive touch home button, recent app are placed below the screen and those keys are supported by backlit.

The device features the volume alteration keys at the right-hand side of the device’s body followed by a power button below it and microSD card slot above it. The device too possess 3.5 mm earphone socket at the top and a micro USB port and a mic is placed at the bottom of the body. The main facing camera, a LED flashlight and an active noise cancellation mic features at the rear end of its body.

Moreover, the One X9 is featured with 5.5 inches Super LCD capacitive touchscreen having the resolution of 1080 x 1920 pixels ~401 ppi pixel density. The screen produces vibrant, saturated and accurate colors. Further, the device too features light sensor which automatically adjusts the brightness in accordance to the environment.

In addition, the HTC One X9 is operated with Android OS 6.0 Marshmallow out of the box. The device too is furnished with Mediatek MT6795 Helio X10 chipset, Octa-Core 2.2 GHz Cortex-A53 CPU, and PowerVR G6200 GPU. Further, the device is also acquires 3 GB of RAM and 32 GB of ROM which can also be expanded to 256 GB.

The HTC One X9 is powered with Li-Ion 3000 mAh non-removable battery. Also, the device is supported by fast charging which can be noticed in many upper-range devices. Moreover, the battery is good and gives battery backup for more than a day.