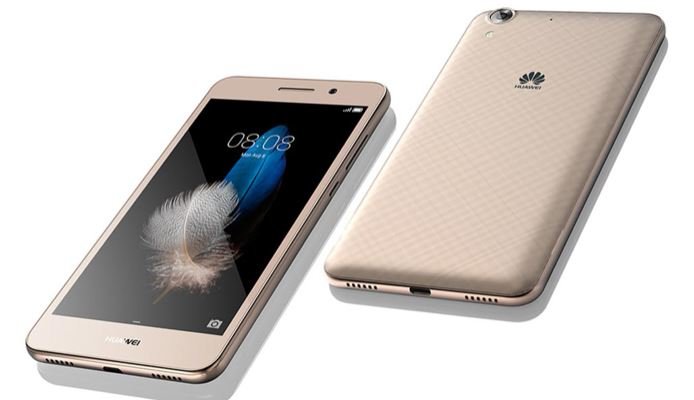 The Huawei Y6 II’s body, just like Y6 Pro, is completely made up of plastic and has got metal frame. Nevertheless, the device lacks the protection of gorilla glass which was also seen in its predecessors.  Moreover, the device receives the same outlook as of other smartphones manufactured by Huawei. We can notice an earpiece on the top of its screen followed by front facing camera, a notification LED light and different sensors. Moreover, we can observe that the capacitive home, recent app and back button are featured in the screen.

Furthermore, the body of the device possesses a power button and the volume alteration keys above it at its right-hand side. Moreover, this device also lacks an easy key. The device features a 3.5 mm earphone socket at the top of the body. A microphone, the dual speaker grilles and a microphone can also be noticed at the bottom of the device. Besides, the device features the SIM cards slots and microSD card slot beneath rear panel, however, the battery cannot be removed. We can observe the main facing camera, a LED flashlight followed by an active noise cancellation mic at the rear end of the device’s body.

Talking about the screen, the Huawei Y6 II comes with 5.5 inches IPS LCD capacitive touchscreen and features its own user interface called EMUI 4.1. However, both of its predecessors had 5.0 inches of screen. Besides, the resolution of the display is 720 x 1280 pixels having ~267 ppi pixels density. The display of the device is good, provides vibrant color output and comes with various features to manage the screen. Besides, the device, just like its predecessor, features an ambient light sensor which helps to use devices in the sunlight without any problem.