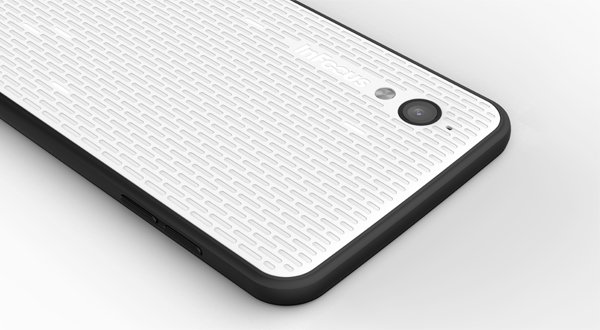 An American multinational company which has been manufacturing and marketing budget-oriented smartphones all over the world, released it’s another smartphone known as the InFocus M370 and today we will be reviewing the same device.

The InFocus M370 is completely made out of a plastic which can be seen in many mid-range devices. The device, at the rear, features a textured finish which makes the device classy. However, this device too lacks protection of glass in the front. And both front and rear part of the device is combined in the plastic framework.

The InFocus M370 possesses an earpiece at the top bezels along with the front facing camera and various sensors. However, this device is deprived of front facing LED flashlight. Further, the device acquires the capacitive touch home button, recent app button and back button attached into the screen. Besides, we can notice the “InFocus” logo on the bottom bezels.

Furthermore, the InFocus M370 acquires the micro USB port at the bottom followed by a 3.5 mm earphone port and a primary microphone. The power button is placed on the right hand side, similarly, the left hand side of the side device comprises of the volume alteration keys. The device, besides, features the main camera, along with the LED flashlight and secondary microphone at the rear. We also can notice the speaker grille at the bottom-right corner on the rear.

Moreover, the InFocus M370 comes with 5.0 inches IPS LCD capacitive touchscreen display featuring HD resolution of 720 x 1280 pixels. The screen produces vibrant, saturated and color. However, the color is not that much accurate. Further, the viewing angles are also not so attractive. The screen is bright, and also, the device features light sensor, which means the brightness should not be manually be adjusted by users to use it under intense light.

Furthermore, InFocus M370 is equipped with 8 MP, f/2.4 aperture lens auto focus main camera. The main camera too comes with various features which allow users to capture good shots. The device, besides, sports 2 MP of front facing camera. The rear camera captures pictures with color production, however, the image contains noise even if captured in the daylight. The same is with the front facing camera. However, the InFocus M535 comes with 13 MP of rear camera which also takes good pictures at the daytime.

In addition, the InFocus M370 has been equipped with 2230 mAh removable battery. And likely to other mid-range, this device too is deprived of fast charging functionality. However, the device is featured with battery that can give backup for more than one day with the single charge. Furthermore, the device is available in two colors; fashion white and gentle black.