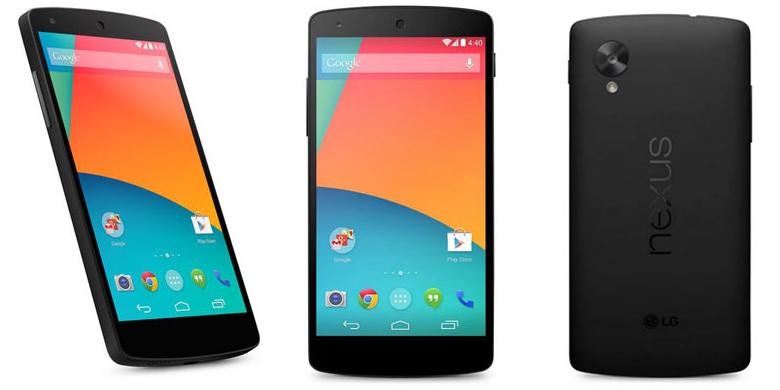 Today we will review a smartphone named LG Nexus 5, manufactured by two renowned multinational companies, LG Corporation and Google. Manufactured with the combination of Google, the LG Nexus 5 is completely an Android smartphone that even uses the Android official user interface.

The LG Nexus 5, just like its predecessor LG Nexus 4, is made up of a plastic. However, the plastic is of high quality which makes the device look premium. The device receives the corning gorilla glass 3 at the forepart which protects the screen from being scratched. The side bezels are also thin.

The device features an earpiece, the sensors, front facing camera at the top bezels. Further, LG Nexus 5 is equips capacitive buttons on the screen. The device also features notification LED light at the bezel below the display. Further, the device equips up main camera, a LED flashlight and a “Nexus” logo, and LG logo at its rear.

The LG Nexus 5 is built with 4.95 inches IPS LCD capacitive touchscreen. The device also features full HD 1080 x 1920 pixels resolution with 445 ppi pixels density. The color production of the screen is good, text in the display is sharp. The viewing angles too are perfect. The device is also deprived of auto brightness option, which means users should manually adjust the screen brightness.

Moreover, the device runs Android 5.0 Lollipop out of the box and is upgradable to Android 6.0 Marahmallow. The device is powered with Qualcomm MSM8974 Snapdragon 800 chipset, Quad-Core 2.3 GHz Krait 400 CPU and Adreno 330 GPU. The device is available in both 16 GB and 32 GB of ROM having 2 GB of RAM. However, the device lacks a microSD card slot.

Similarly, the LG Nexus 5 equips 2300 Li-Ion non-removable battery. The battery has a good battery backup and can be used up for a day without any problem. The device also supports wireless charging. The device is available in black and white color.