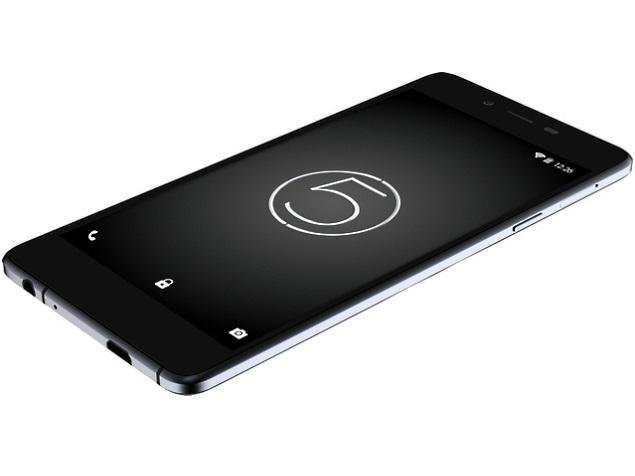 The Micromax Canvas Sliver 5, unlike its successor Canvas 5 E481, is completely made up of aluminum and glass body which too can be seen in Samsung Galaxy A5 (2016) and other upper mid-range smartphones. The device receives gorilla glass on both front and rear part, whereas, the sides are made up of aluminum frames.  The device, further, features 2.5D curved glass in the front which makes it look premium.

The device features an earpiece, a front facing camera, different sensors, and a notification LED light at the top. The device, just like other smartphones of Micromax, receives the capacitive home, recent app and back buttons in the display. Moreover, the device at it’s back, carries rear facing camera, a dual tone LED flashlight and a Micromax logo.

The Micromax Canvas Sliver 5 obtains power button followed by the SIM card slot above it at the right side. Moreover, the device features the volume adjusting keys at the left side. The device also features 3.5 mm headphone socket, micro USB port and a microphone at the bottom and a secondary mic at the top. However, the device lacks the microSD card slot, which can be pointed as a disadvantage.

Micromax ships the Micromax Canvas Sliver 5 with Android 5.0.2 Lollipop out of the box but Micromax has not rolled out any software updates for this device. Further, the device is packed with Qualcomm MSM8916 Snapdragon 410 chipset, Quad-Core 1.2 GHz Cortex-A53 CPU, and Adreno 306 graphic processing unit. The device comes with 16 GB of internal memory and 2 GB of RAM. However, the space cannot be expanded as the device lacks microSD card slot.

Furthermore, the Micromax Canvas Sliver 5 is powered with 2000 mAh non-removable battery. Nevertheless, the device is not supported by fast charging functionality. The battery is good and gives nice backup. The device is available on black and gold colors.