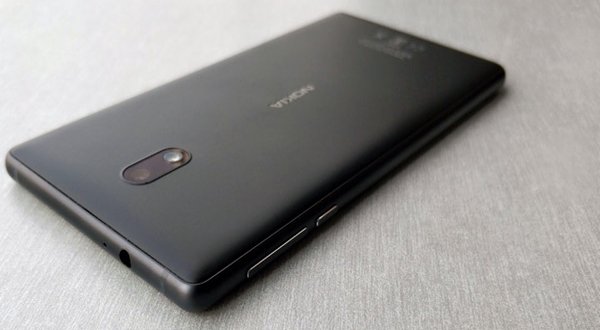 Talking about the days when no Android and iOS phones were popular, Nokia was only a name that ruled over the mobile phones market. However, the company couldn’t last long because of the Windows phone it started to manufacture and sell in the smartphone market. And the company, Nokia is back again with Android OS smartphones like the Nokia 3, Nokia 5 and Nokia 6.

The Nokia 3 is a budget oriented smartphone manufactured and marketed by Nokia. The Nokia 3 looks a bit similar to the Sony’s smartphones like Xperia XA Ultra, XA Dual from the front at first look. But if we look carefully users may find many differences. Also, the Nokia 3 has been built on the same body platform as of it’s elder brothers Nokia 5 and 6. The side panel of the device is made up of a metal, and the rear panel is made up of a matte plastic. The device is also protected with corning gorilla glass in the front.

Also, the front part of the Nokia 3 features an earpiece at the top of the screen followed by a front facing camera and various sensors. Looking at the bottom, users can find capacitive home, recent app and back keys, however, Nokia could have made it backlit supported. Also, its elder brothers come with fingerprint sensor supported physical home button.

Moreover, the Nokia 3 features volume adjusting keys and power button at the right side of its body, and the left side includes SIM cards slot and micro SD card slot. The top part of the device comprises of 3.5 mm earphone port and a secondary mic. The bottom comprises of micro USB port along with a microphone and a speaker. Besides, the speaker featured in the Nokia 3 is good as expected and also is loud. Coming to the rear, the Nokia 3 contains a rear camera supported by a flashlight.

Further, the Nokia 3 is equipped with 5.0 inches IPS LCD capacitive touchscreen and has the resolution of 720 x 1280 pixels (~294 ppi pixel density). However, there are many other devices like Samsung Galaxy J2 Pro, which features an AMOLED screen instead of an IPS LCD screen. The screen featured in this device is good as per the pricing of the device. The color produced by the screen is vibrant and saturated.

Nokia ships the Nokia 3 running with Android’s recent OS, Android 7.0 Nougat. Further, the device is equipped with Mediatek MT6737 chipset, Quad-Core 1.4 GHz Cortex-A53 CPU and Mali-T720MP1 GPU. Besides, the device comes with 16 GB internal memory and 2 GB of RAM. Also, the device supports an SD card which allows users to extend the storage up to 128 GB.

Moving towards the camera, the Nokia 3 is boasted with 8 MP, f/2.0 rear camera. The rear camera also comes with various features like 1.12 µm pixel size, geo-tagging, touch focus and many more. The rear camera is good enough to capture photos in daily usage. Also, the device possesses 8 MP of front facing camera. The front camera also does it job well. The camera captures good self-portraits.

Additionally, the Nokia 3 is powered with Li-Ion 2630 mAh battery. The battery is good regarding the backup. The battery can go for a whole day without charging it often. Also, the device, just like other mid-entry level devices, lacks fast charging functionality.