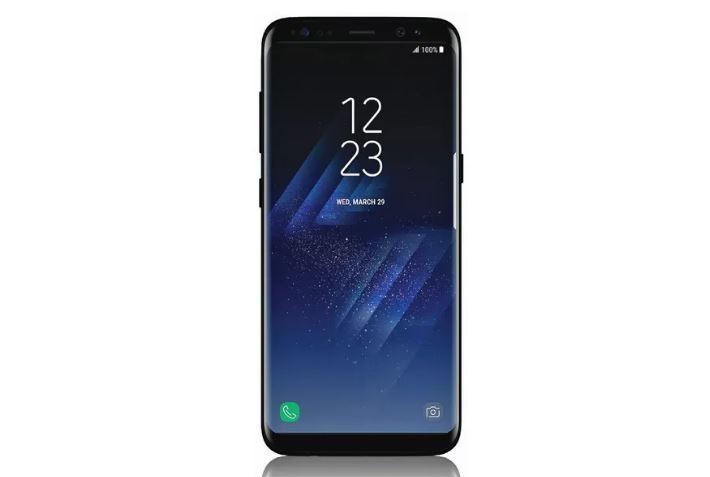 The Samsung Galaxy S8, just like the Galaxy S7 and other flagship smartphones manufactured by Samsung, is made up of a glass. The device features the protection of corning gorilla glass on both front and rear part which shows its standard. And unlike the Galaxy S7, the Galaxy S8 receives curved edges on both sides as Samsung has removed the word “Edge” from its name. And this time, the display is also big as the display features less bezels.

The Samsung Galaxy S8 features an earpiece at the top bezel followed by various sensors like Iris scanner, proximity and so on and also a notification LED light. And this time, Samsung has replaced its trend of physical home button with the capacitive touch buttons that can be found on the screen.

The Samsung Galaxy S8 features secondary microphone and SIM cards tray at the top of its body. Moreover, the device features a 3.5 mm earphone socket at the bottom followed by USB Type-C port, a primary microphone and a speaker. The left side comprises of volume alteration button and a power button below it. Further, the rear part of the device features main camera along with the fingerprint scanner, a LED flashlight and a heart rate sensor.

Besides, the Samsung Galaxy S8 comes with bigger 5.8 inches Super AMOLED capacitive touchscreen featuring the resolution of 1440 x 2960 pixels (~ 570 ppi pixels density). The screen too comes with features like edge UX and always-on display. The screen too produces vibrant and saturated color than before and while opening video applications like YouTube, the screen gets more bright and the color too gets saturated. The display also features 3D touch on the home button.

Furthermore, the Samsung Galaxy S8 is operated with Android 7.0 Nougat and Samsung’s custom UI. Besides, the device is functioned with Samsung’s own processor Exynos 8995 Octa chipset, Octa-Core (4 x 2.3 GHz & 4 x 1.7 GHz) CPU and Mali-G71 MP20 GPU. Also, the device comes with 4 GB of RAM and 64 GB internal storage which can later be expanded to 256 GB using a microSD card.

Additionally, the Samsung Galaxy S8 is powered with Li-Ion 3000 mAh users’ non-removable battery. Also, likely to flagship smartphones, the device supports both fast charging and wireless charging. The device, further, is packed with powerful battery which can give backup for more than 7 hours by charging it once. Also, the device is available in five color variants; midnight black, orchid gray, arctic silver, coral blue, maple gold.

(Note: The above mentioned informations are based on the rumors.)