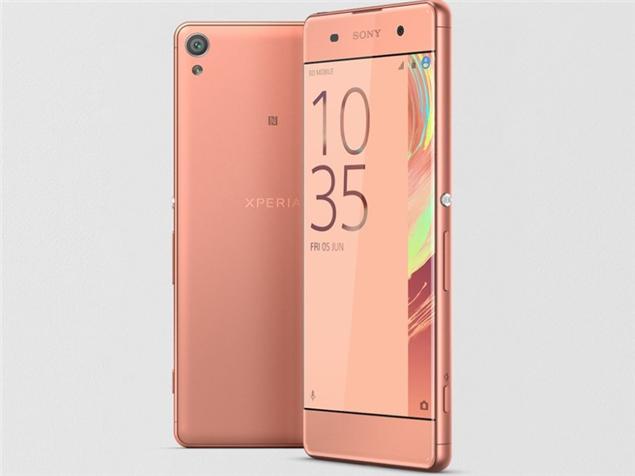 The Sony Xperia XA Dual, similar to normal devices, is made up of metal frame and poly carbonate plastic. The device is not slippery and is easy to hold. And just like other smartphones of Sony, the device has got the same design. The device features an earpiece on the top on its front part along with front facing camera, a notification LED light and different sensors. The capacitive home button, recent app button and back button is featured on the screen.

The Sony Xperia XA Dual, just like other devices of Sony, has sported a power button on the right-hand side supported by the volume adjusting keys and a dedicated camera button. Talking about the SIM card slots and microSD card slot, it has been placed at the left-hand side. The device also carries 3.5 mm headphone socket and secondary mic at the top. Furthermore, a mic and USB Type-B port has been placed at the bottom of the device. The device carries the camera and LED flashlight at its back part.

Speaking about the display, the Sony Xperia XA Dual is endowed with 5.0 inches IPS LCD capacitive screen with 720 x 1280 pixels with ~294 ppi pixel density. However, the device has not got good display, viewing angles are not attractive. The device, nevertheless, is protected by scratch resistant glass which doesn’t let it get scratched.

The Sony Xperia operates with Android 6.0.1 Marshmallow and is planned to get an Android 7.0 Nougat update soon. Moreover, it has been furnished with MediaTek MT6755 Helio P10 chipset and Octa-Core (4 x 2.0 GHz Cortex-A53 and 4 x 1.0 GHz Cortex-A53) CPU.  Further coming towards the graphic processor, the device comes with Mali-T860MP2 GPU. The Sony Xperia XA comes with 16 GB of internal memory which is expandable up to 128 GB with the help of a microSD card. Furthermore, the device has been supplied with 2 GB of RAM. However, the device does not support heavy games.

Besides, the Sony Xperia XA has been equipped with 13 MP, f/2.0 aperture lens, phase detection autofocus rear camera. The device comes with rear LED flashlight. The main camera has got different features like panorama, face detection, geo-tagging, touch focus, 1/3″ sensor size, 1.12 µm pixel size and so on. The rear camera helps you to captures good photos during daytime as well as in low-light. Further, the device has been furnished with 8 MP, f/2.0 aperture lens, 1/4″ sensor size front facing camera. The front facing camera too takes good self-portraits in the bright light.

Moreover, the device has been packed with Li-Ion 2300 mAh non-removable battery. Moreover, the device supports the fast charging functionality. The battery, despites of its capacity, is not long lasting, and cannot be used for a longer period of time. The device is available in white, graphite black, lime gold and rose gold colors.