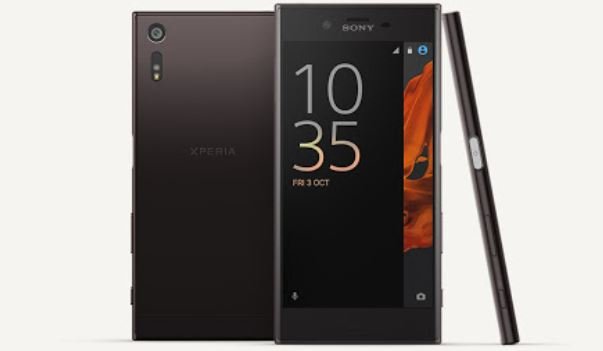 Today we will be reviewing Sony Xperia XZ, an Android smartphone manufactured by Sony Corporations a multinational company which has been manufacturing different types of electronic appliances and smartphones as well.  Giving continuity to this trend, Sony, dated back to October, 2016, launched a new smartphone known as Sony Xperia XZ.

The front of Sony Xperia XZ is made up of glass, the rear is made of metal and the sides are made up of plastic. And just like other smartphones, the device features an earpiece on the top on its front part followed by the front facing camera, a LED flashlight, a notification LED light, a NFC sensor and other sensors. The capacitive home button, recent app button and back button, just like other smartphones of Sony, are attached on the screen. The front also features dual speakers.

The Sony Xperia XZ, just like Sony Xperia X, features a power button on the right-hand side supported by the volume adjusting keys and its own two-step camera button. The power button also works as a finger print sensor. Besides, the device acquires the SIM card slots and microSD card slot at the left side. The device is equipped by a 3.5 mm headphone socket and secondary mic at the top. Furthermore, the device features a primary mic and USB Type-C port at the bottom. The rear part carries the main facing camera and a LED flashlight.

Furthermore, the Sony Xperia XZ comes with a 5.2 inches IPS LCD capacitive screen with full HD resolution 1080 x 1920 pixels and TRILUMINOS™ display. The screen is also sharp and provides vibrant color output. The device also has got good viewing angles. The screen is also bright and can be used at outdoors. Also, the screen features X-Reality which makes the pictures sharper. The device is also protected by corning gorilla glass from its front and rear which doesn’t let it get scratched.

The Sony Xperia XZ is furnished with Android 6.0.1 Marshmallow and can later be upgraded to Android 7.0 Nougat. Moreover, it has been equipped with Qualcomm MSM8996 Snapdragon 820 chipset. Further, the device features Octa-Core (2 x 2.15 GHz Kyro and 2 x 1.6 GHz Kyro ) CPU and Adreno 530 GPU. The Sony Xperia XZ is available in both 32 GB and 64 GB of internal memory and 3 GB of RAM. Also, the device features a microSD card slot which allows users to expand the space up to 200 GB using microSD card.

Besides, the Sony Xperia XZ sports 23 MP, f/2.0 aperture lens, 24 mm, phase detection and laser focus autofocus rear camera. The main camera has got different features like 1/2.3″ sensor size, panorama, face detection, geo-tagging, touch focus, and many more. The rear camera is able to capture good photos with every detail and with low noise. Moreover, the camera is able to shoot videos at 4K videos at [email protected]

However, the device powers up only 2900 Li-Ion mAh non-removable battery. The device, like other high-end smartphones of Sony, is supported by the fast charging functionality. The battery is good and gives backup for a day. The device is available in forest blue, mineral black and platinum colors.