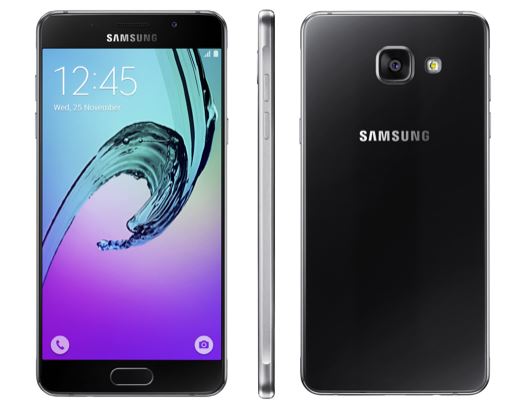 Like other devices of Samsung, A5 (2016)’s body too is made up of metal and glass, and looks pretty much like Samsung Galaxy S6. Moreover, the device has been protected with Corning Gorilla Glass 4 from both front and rear side, which helps it out to look classier than its predecessor.

The device has got 5.2 inches full-HD Super AMOLED display, which is quite bigger than its predecessor A5 (2015) which had 5.0 inches screen. The screen color can be changed through the display mode in the device setting. The display has got edge look because of its thin borders.

Unlike its predecessor, Samsung Galaxy A5 (2016) has got a fingerprint sensor, which may help you to keep your device safe from being used by third person. Moreover, the speaker has been placed at the bottom along with Micro-USB port and headphone socket. Some model of this device (for example: SM-A510FD) can operate two sims and has a separate port for a microSD card.

The device comes up with Exynos 7580,  a 64-bit Octa Core 1.6 GHz Exynos 7 SoC processor. Moreover, Mali-T720 is the graphic processor of this device. The device has been packed with 2 GB of RAM and 16 GB of internal memory and extra SD card can be inserted to expand the memory. The device runs Android 5.0 Lollipop out-of-the-box, but Samsung released the Marshmallow update in 2016 and soon can be upgraded to Android 7.0 Nougat.

The rear camera of Samsung Galaxy A5 (2016) is 13 MP featuring f/1.9 aperture and OIS, which helps us to take fairly detailed photos in the daylight. The rear camera also records videos at full-HD resolution. The device comes with 5 MP front camera which also features f/1.9 aperture.

Talking about battery, Samsung Galaxy A5 (2016) is packed with a larger 2900mAh and can ran upto app. 16 hours. The device supports fast charging through which we can charge our phone from 0 % to 50 % in just half an hour.