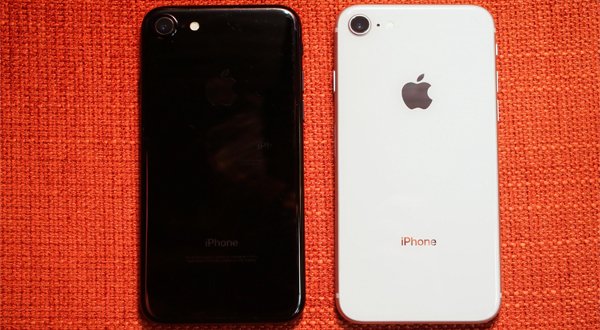 The wait has ended, Apple has recently released a new smartphone Apple iPhone 8 in the market which can be said as the best smartphone till the date. The Apple 8 is the successor of the popular smartphone, Apple iPhone 7 which had ruled the smartphone world during its time.

The iPhone 8 has been featured in the same body old design of its predecessor yet the iPhone 8 looks much more stylish and attractive compared to its predecessor. The smartphone has received glass protection on both front and back part which helps it look stunning. The aluminum frame also makes it durable. And Likely to Apple iPhone 7 and iPhone 7 Plus, the iPhone 8 is also water resistant and dust proof.

Moving towards the appearance of the iPhone 8, the smartphone features identical design of the older version of iPhones. The front part of the smartphone possesses an earpiece at the top of the screen followed by sensor and front facing camera. However, the device still lacks a notification LED light that might not be acceptable in a high end smartphones.

The Apple iPhone 8 possesses 2.0 reversible connection port that lets you to connect charger or lightning jack that allows you to use earphone. The bottom also acquires a microphone and a speaker. The right side of the smartphone acquires a power button and a SIM card tray, likewise, the left contains silent key and volume keys.

Talking about display, the iPhone 8 comes with 4.7 inches LED-backlit IPS LCD screen having the resolution of 750 x 1334 pixels. However, Apple could have upgraded the resolution of iPhone 8. The screen of the iPhone 8 looks vibrant, and well saturated. The screen also supports 3D touch display. The new thing that can be observed in the 8 is “True Tone” feature. This feature lets your device to change the screen color as per the condition of your environment.

The Apple iPhone 8 gets shipped running with iOS 11 which can later be updated to iOS 11.1. The device is boasted with Apple A11 Bionic chipset which makes the device faster than any other iPhone and smartphones. The device also acquires Hexa-Core (2x Monsoon + 4x Mistral) CPU and Apple GPU (three core graphics) which lets you to enjoy high end games in decent graphics.

Coming towards camera quality, the iPhone 8 is sported with 12 MP and 28 mm camera that lets you to take sharp images. The low f/1.8 aperture also allows you to take bright images under the low light condition. Regarding video, the iPhone 8 can record 4k videos at 60 fps and 1080 pixel video at 240 fps. So, enjoy full HD slow-mo videos. If you are interested in smartphone photography, this device won’t let you down.

The new iPhone 8 has been powered with non-removable Li-Ion 1821 mAh battery that has quite nice backup because of the new Bionic chip. Finally, Apple has included wireless charging feature in this device which was most awaited feature by the iPhone users. The device also possesses fast charging functionality which charges your device up to 50% in 30 minutes.

Besides, the Apple iPhone 8 has been made available in 3 different colors; Silver, Space Grey and Gold.