Gionee A1 Plus Review 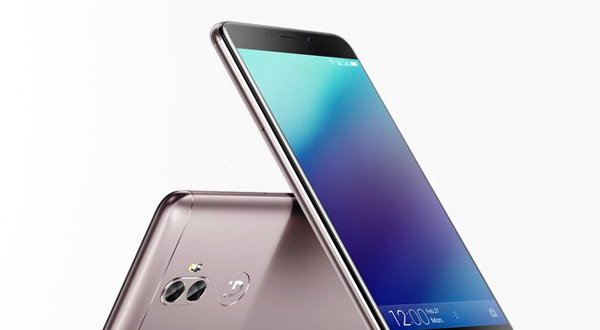 Gionee is a renowned name in the world of smartphone because the company has manufactured both budget-oriented and high-end devices. Going with the flow of throwing updated smartphones in the smartphone market, Gionee, in early 2017, released a high-end smartphone, the Gionee A1 Plus. The Gionee A1 Plus is a bigger brother of existing Gionee A1.

The Gionee A1 Plus looks identical to its younger sibling, A1. The front part of the device features an earpiece at the top of the screen followed by a front facing camera and a sensor. Coming to the bottom, we can see a fingerprint sensor. The fingerprint sensor too works fast and is very responsive. Further, we can notice backlit supported recent app and back button alongside the fingerprint sensor.

Besides, at the top of the device’s body, we can notice a 3.5 mm earphone port. Looking at the bottom, we can find USB Type-C port surrounded by dual speaker at each of the sides. The speaker, though is dual, the sound may not be as expected by the users. Also, the right side of the device features volume adjusting keys and power button, and left side comprises of micro SD and SIM card slot.

Moreover, the Gionee A1 Plus has got 6.0 inches IPS LCD capacitive touch screen. The screen, further, has got the resolution of 1080 x 1920 pixels along with ~367 ppi pixels density. The company could have featured the device with QHD screen instead of a FHD screen. However, the screen looks good and does it’s job well. The color production of the screen is good. The color is bright and saturated. The viewing angles are also good, and the screen is bright enough to be used under the direct sunlight.

Furthermore, Gionee has stocked the Gionee A1 Plus with Android’s latest OS, Android 7.0 along with its own UI, Amigo OS 4.0. Besides, the device has been equipped with Mediatek MT6757T Helio P25 chipset, Octa-Core (4 x 2.5 GHz Cortex-A53 & 4 x 1.4 GHz Cortex-A53) CPU and Mali-T880MP2 GPU. Also, the device is furnished with 64 GB ROM and 4 GB RAM. Besides, the device also features an external SD card slot which means users shouldn’t worry about the space.

Moving towards the camera, the company, as per the change of technology, has featured the device with dual camera. The first rear camera is of 13 MP and the second one is of 5 MP. The camera does it job well. The dual rear camera helps users to take good portrait photos, and other landscapes as well. The camera also comes with some features like 1/3” image sensor size, phase detection autofocus, touch focus and so on. The camera is also supported with dual tone LED flashlight.

The A1 Plus, besides, is equipped with 20 MP, f/2.0, 1/2.8” image sensor size front facing camera. The camera, as the company claims to be the best selfie camera, does as per the word of the company. The camera takes perfect self-portraits and the image is of high quality.

Additionally, the Gionee A1 Plus is equipped with powerful Li-Ion 4550 mAh battery. The battery is as per its capacity. The battery performs well and shouldn’t be charged like other normal phones. Also, the device, maintaining its level, has been supported with fast charging functionality.

Also, the device is available in two color variants; Gray and Mocha Gold.

Gionee A1 Plus Specification