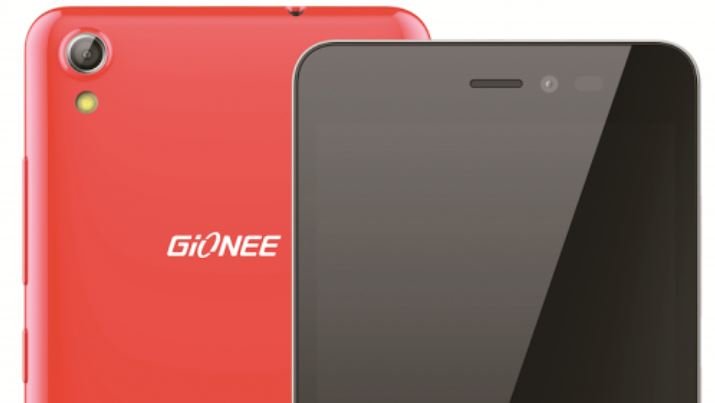 The body of Gionee P5w, because it lies in mid-level smartphone like the Gionee Marathon M5 Lite, is completely made up of plastic and possesses 143.3 x 72 x 8.9 mm dimensioned body. However, the device, just like other low-end devices, lacks any type of protection from the front. The device, at the top of the screen, features an earpiece followed by sensors and front facing camera on each sides but lacks the notification LED light. The capacitive home button, recent app and back button can be seen below the screen. The SIM card slots and microSD card slot can be found beneath the rear panel. Moreover, the device comes with the feature of face unlock which allows the users to keep their private information safe.

Furthermore, the Gionee P5w features the volume alternation keys followed by a power button below it at the right side of the device. The 3.5 mm headphone socket and a USB port can be observed at the top and at the bottom respectively of the device’s body. We can notice main camera and LED flashlight at the rear side of the device followed by loudspeakers at the rear bottom. The device features DTS sound technology which gives the user perfect sound experience.

Besides, the Gionee P5w gets 5.0 inches IPS LCD capacitive display screen having the resolution of 720 x 1280 pixels (~294 ppi pixels). However, the device lacks the protection of corning gorilla glass. The screen, though it lies in low-end devices, is good. The device also features Ami Locker which makes the users feel good.  The device, moreover, features Immersive UI which matches with the rear panel and make the device look attractive. The screen provides good color, however, the viewing are not so good. The device can be used outdoors without any problem because of its brightness. Overall, the display is fine.

The device runs Android 5.1 Lollipop, however, could not be updated to any new software released by Android. Talking about the processors, the device features Mediatek MT6735M chipset. The device, besides, features Quad-Core 1.3 GHz Cortex-A53 CPU and Mali-T720MP2 GPU. The device is packed with 16 GB of internal memory which is expandable to 32 GB using an external microSD card. The device features 1 GB of RAM.

Additionally, the Gionee P5w is also featured with 5 MP, autofocus camera and 2 MP of front facing camera. The rear camera equips features like geo-tagging, panorama, HDR, face beauty, and so on. The rear camera is capable of capturing videos at 1080p. The rear camera allows users to capture some good photos during the daytime.

The Gionee P5w, besides, is equipped with Li-Ion 2000 mAh removable battery. The device lacks the fast charging functionality which can be noticed in many low-end devices. The battery is good and can be used for whole day. The device is available in red, white, black, blue, yellow and gold colors.