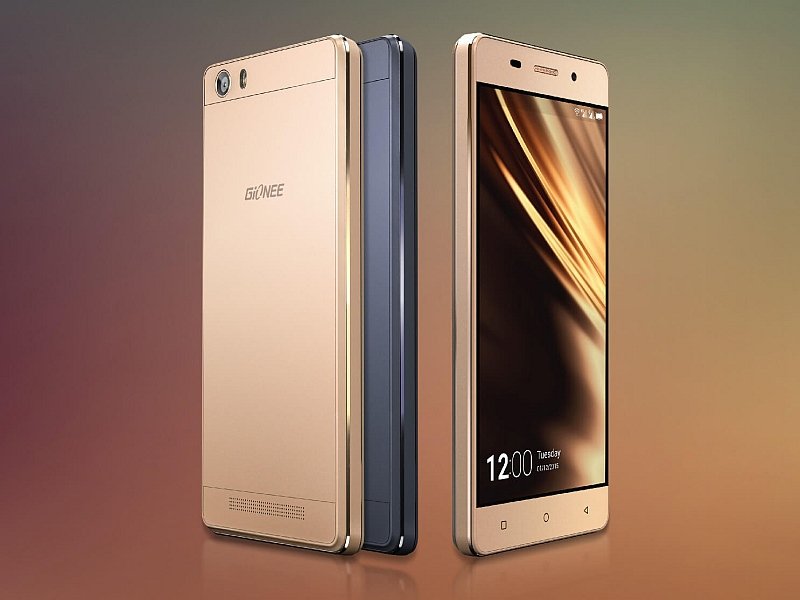 The body of Gionee Marathon M5 Lite, just like other mid-range devices, is completely made up of plastic. However, the sides of the device are made up of metal and the rear panel has got metallic look. The device has got an identical look of other devices manufactured by Gionee. The device receives an earpiece, followed by sensors and front facing camera on each side at the top of the screen. The device, however, lacks the notification LED light. The device, furthermore, features capacitive home button, recent app and back button below the screen. The device equips the SIM card slots and microSD card beneath the back lid.

In addition, we can see that the device features the volume alternation keys followed by a power button below in its right side. At the top, we also can observe the 3.5 mm headphone socket, and we can observe a USB port and a microphone at the bottom. The device, besides, possesses main camera and LED flashlight at the rear side of the device and speaker grille at the rear bottom.

Besides, the Gionee Marathon M5 Lite, just like other smartphones of Gionee, features IPS LCD capacitive display screen having 720 x 1280 pixels (~294 ppi pixels) resolution and 5.0 inches screen. The device also possesses the protection of Asahi dragon tail glass. Moreover, the screen is also slightly curved on both edges which makes is look attractive and provides good viewing angle. The text is sharp and colors are saturated. The device also features auto brightness mode which automatically adjusts brightness under bright light. Overall, the display of Marathon M5 Lite is very good.

The Gionee Marathon M5 Lite packs Android 5.1 Lollipop out of the box, and could not be updated to new software launched by Android. Moreover, the device is equipped with Mediatek MT673, Quad-Core 1.3 GHz Cortex-A53 and Mali-T720MP2 GPU. The device, besides, is equipped with 32 GB of internal memory which can be expanded up to 128 GB with the help of an external microSD card.  Also, the Gionee MarathonM5 Lite comes with 3 GB of RAM.

The Gionee Marathon M5 Lite is equipped with Li-Po 4000 mAh non-removable battery. However, the device, just like other normal smartphones, lacks fast charging functionality. The battery, on the basis of it’s capacity, is good and gives nice battery backup. The device is available in golden color.