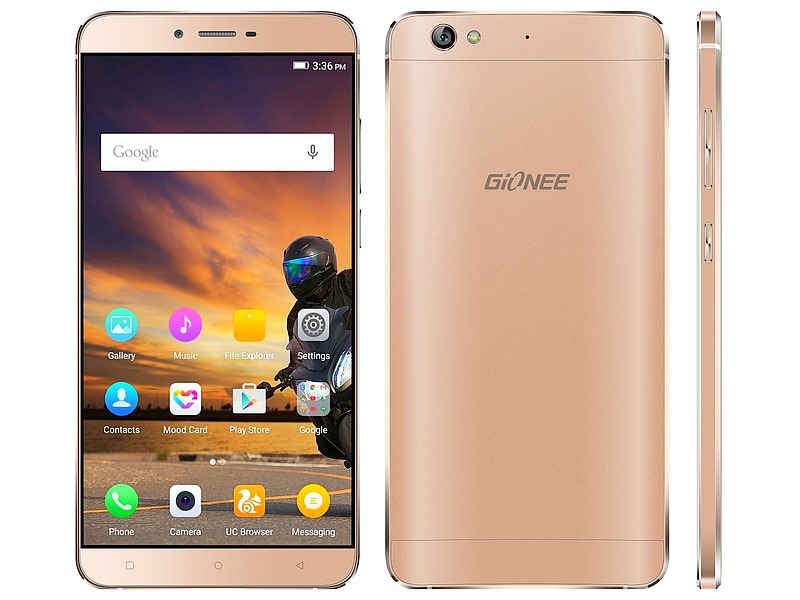 Today we will be reviewing Gionee S6, an Android smartphone manufactured and marketed by Gionee, a multinational company that has been serving the world by producing different ranges smartphones in accordance with the capability of their customers. In continuing this process, Gionee released a smartphone named the Gionee S6 on November, 2015. The Gionee S6 was the predecessor Gionee S6 Pro which was launched on June, 2016.

The Gionee S6, just like other upper mid-range smartphones of Gionee, has got metal uni-body. Both sides and the rear panel are made up of matte metal having shiny parallel borders. The device also has got the protection of corning gorilla glass from the front. The device looks identical as other smartphones manufactured by the Gionee. An earpiece, front facing camera, and different sensors followed by a notification LED lamp is easily visible on the top. Moreover, the device’s home, recent app and back button can be seen below the screen. The capacitive keys, just like the Gionee S6s,are not backlit supported, but provide haptic feedback when pressed.

Besides, the volume alteration keys and a power button below it can be noticed at the right side of device’s body. Similarly, the SIM cards slot and microSD card slot can be seen at the left side of the device. At the top of its body we can notice a 3.5 mm earphone port. Furthermore, the device packs up a microphone, followed by micro USB Type-C port and a speaker grille at the bottom of it’s body.  The device features main facing camera, a LED flashlight can be noticed at the rear part followed by a secondary microphone.

Furthermore, the Gionee S6 equips up 5.5 inches Super AMOLED capacitive touchscreen having Amigo OS 3.1 user interface. The screen, however, is of 720 x 1280 pixels HD resolution having ~267 ppi pixels density. The screen quality of the device is good and is contrast. Moreover, the colors are vibrant and the text is sharp and clear and the viewing angles are also good. The device also has screen setting which allows users to manually change the display color temperature. The device can be used at outdoors with any problem because of its bright screen.

Also, the Gionee S6 packs up Android v5.1.1 Lollipop however, is not upgradable to Android 7.0 Nougat. The device features Mediatek MT6735 chipset and Octa-Core 1.3 Cortex-A53 CPU. The device possesses Mali-T720 MP3 GPU. Besides, the Gionee S6 is available in 32 GB of internal memory and 3 GB of RAM. The device, furthermore, has a microSD card slot which allows users to expand memory up to 128 GB with the help of a microSD card (SIM 2 slot).

In addition, we can observe that the Gionee S6 comes with 13 MP, f/2.0 aperture lens, autofocus rear camera. The rear camera comes with various features like geo-tagging, touch focus, face/smile detection, panorama, HDR and so on. However, the camera doesn’t support Auto HDR mode, which can be pointed out as a disadvantage. Moreover, the device carries up 5 MP, facing camera. The rear camera is capable of capturing videos at [email protected]

Additionally, the Gionee S6 equips 3150 mAh Li-Po non-removable battery. However, the Gionee S6 too lacks fast charging functionality which is visible in many smartphones of GIonee. The battery, besides, is perfect and gives nice battery backup. The device is available in gold, silver and rose gold colors.