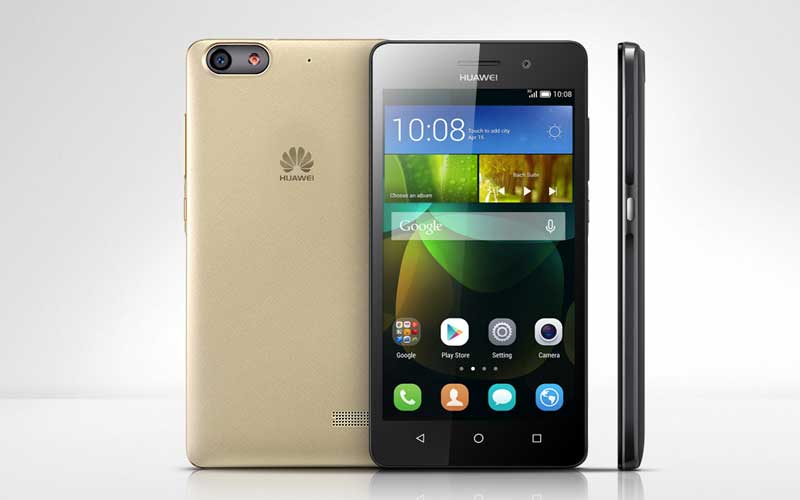 The Huawei GPlay Mini’s body, just like other mid-range devices of Huawei like the GR5 Mini, is made up of metal and plastic. Nevertheless, this device also lacks the protection of gorilla glass which is visible in many Huawei smartphones. Besides, the device receives the identical outlook as of other smartphones manufactured by Huawei. We can see that the front part of the device features an earpiece on the top of its screen followed by front facing camera, a notification LED light and different sensors. However, the device receives the capacitive home, recent app and back button below the screen.

Moreover, device possesses the volume alteration keys and a power button below it at its right-hand side. However, we can see that this device too lacks an easy key. The device features a 3.5 mm earphone socket at the top of the body. Furthermore, the device features a microphone, and a micro USB port at the bottom of the device. Besides, the SIM cards slots and microSD card slot is featured beneath the rear panel. The rear end of the device’s body obtains the main facing camera, a LED flashlight next to camera, and an active noise cancellation mic followed by the speaker grilles at the bottom.

Coming to the screen, the Huawei GPlay Mini also comes with 5.0 inches IPS LCD capacitive touchscreen and uses its own user interface called EMUI 3.0. Besides, the screen resolution of the display is 720 x 1280 pixels having ~294 ppi pixels density. The display of the device is good, the viewing angles are too good and the screen provides vibrant colors.

Additionally, we can notice that the Huawei GPlay Mini comes with Li-Ion 2550 mAh non-removable battery. However, the Huawei GPlay Mini, just like many devices of Huawei, lacks fast charging functionality. On the basis of its capacity, the battery might give nice battery backup. The device is available in white, black and gold colors.