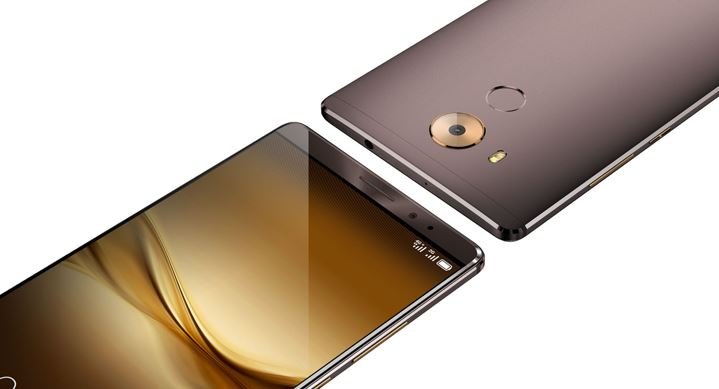 The Huawei Mate 8’s body, just like Xiaomi’s high-end device Mi 5s Plus, is completely made up of metal. The rear part is made up of metal, and the surroundings are made up of brushed metal. The device possesses the protection of corning gorilla glass from the front.  Moreover, the device has got the identical look as of other smartphones. An earpiece, front facing camera, a notification LED light and different sensors on the top is easily visible. The device equips the capacitive home, recent app and back button in the screen.

Besides, the device powers up the volume alteration keys followed by a power button below it at the right side of its body. At the top of its body, we can see a 3.5 mm earphone socket followed by an active noise cancellation mic. Furthermore, the device packs up a microphone, speaker grille and a micro USB port at the bottom of it’s body. Similarly, the SIM cards slot and microSD card slot can be seen at the left side of the device.  The main facing camera, dual LED flashlight can be noticed at the rear part followed by a fingerprint sensor below it.

Furthermore, the Huawei Mate 8 equips up 6.0 inches IPS-NEO LCD capacitive touchscreen having its own user interface, Emotion UI v4.0. The screen is of 1080 x 1920 pixels HD resolution having ~368 ppi pixels density. The screen quality of the device is good and contrast. Moreover, the colors are vibrant and the text is sharp and clear and the viewing angles are also good. The device can be used at outdoors with any problem because of its bright screen.

Similarly, the Huawei Mate 8 runs Android v6.0 Lollipop and can be updated Android 7.0 Nougat. The device features HiSilicon Kirin 950 chipset and Octa-Core (4 x 2.3 GHz Cortex-A72 and 4 x 1.8 Cortex-A53) CPU. The device possesses Mali-T880 MP4 GPU. Besides, the Huawei Mate 8 is available in 32 GB of internal memory and 3 GB of RAM and 64 GB of internal memory and 4 GB of RAM. The device, furthermore, has a microSD card slot which allows users to expand memory up to 128 GB with the help of a microSD card (SIM 2 slot).

Also, the Huawei Mate 8 is packed strong Li-Po 4000 mAh Li-Ion non-removable battery. Moreover, the Huawei Mate 8 supports fast charging functionality which charges the battery from 0% to 37% just in 30 minutes. However, its predecessor lacked fast charging too. The battery, besides, is perfect and gives nice battery backup. The device is available in moonlight silver, space gray, champagne gold and mocha brown colors.