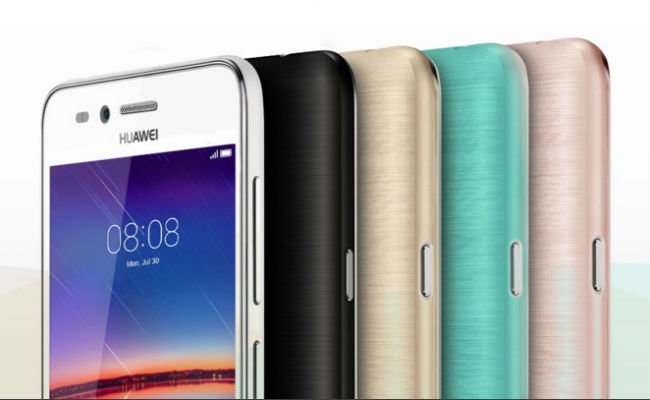 The Huawei Y3 II has got the identical looks of its big brother Huawei Y5II. The device despites of being made up of plastic receives a unique metal-like finish in its rear panel which helps the device look stylish. However, the lack of gorilla glass protection at its front is clearly visible. Nevertheless, the protection of gorilla glass lacks in its big brother Huawei Y5 II too. The device receives the look of its brother. An earpiece on the top of its screen followed by front facing camera, and different sensors can be seen on its forepart. The capacitive home, recent app and back button are featured below the screen but are not supported by backlit. The notification light can be seen on the surroundings of rear camera.

Besides, the device’s body features a power button at the right-hand side of the device’s body and the volume alteration keys above it. Moreover, we can observe an easy key which allows users to open any applications without going in the menu or any other functions like flashlight and so on. The application can be chose from the settings. We can also see a 3.5 mm earphone socket and an USB port at the top of the device. A microphone at the bottom of the body and the speakers at the rear part can also be noticed. The SIM cards slots and microSD card slot is featured under rear panel. At the rear end of its body we can see the main camera and dual LED flashlight.

Besides, we can see 5 MP, autofocus, dual LED flashlight camera at the rear part of Huawei Y3 II. The rear camera has been furnished by features.  Furthermore, the device comes with 2 MP front facing camera. However, its big brother the Huawei Y5 II comes with 8 MP, f/2.0 aperture lens rear camera.

The Huawei Y3 II is equipped by 2100 mAh removable battery. But likely to its brother Huawei Y5 II, the Huawei Y3 II also lacks both fast charging and power saving mode which helps to get the battery charged faster and save the battery respectively. The battery, however, has got nice battery backups. The device is available in obsidian black, arctic white, sand gold, rose pink, sky blue colors.