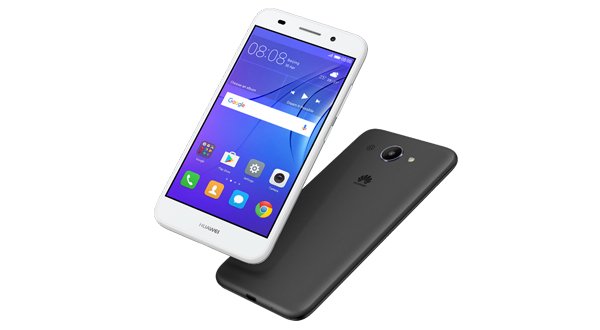 Huawei, a renowned Chinese mobile phone manufacturer has manufactured various sorts of smartphones; both high-end and entry level smartphones since the date of establishment. The company has been throwing new phones in market either in the time interval of six months of 1 year. Giving continuity to the same tradition, Huawei has released a new budget friendly smartphone in the market, the Huawei Y3 2017 version along with the 2017 version of Y5.

Changes to be noticed in the new Huawei Y3 2017 are the movement of front camera, capacitive keys and speaker at the rear. The front camera has been moved from left to right and the capacitive touch keys are placed to the screen and Huawei’s branding can be seen in the place of capacitive keys. Coming to the rear, we can see that the speaker has also been moved at the top.

Moreover, the Huawei Y3 2017 features the power button and the volume alteration at the right side of its body. However, the 2017 version has been deprived of an easy key which was found in the 2016 version. Also, the top part of the device features a 3.5 mm earphone port and the bottom comprises of micro USB port. The rear part, further, contains the main camera along with a speaker and a flashlight.

This time, Huawei has slightly increased the height of 2017 versioned Y3. The new Y3 2017 features a screen of 5.0 inches powered with IPS LCD screen. The screen, further, has got the resolution of 480 x 854 pixels (~196 ppi pixel density). The screen featured in the new version is far better than that of the 2016 version. The screen featured in the Y3 is more bright and the color production. The color is vibrant, contrast is good, and the viewing angles are also good.

Furthermore, Huawei has stocked the Y3 2017 with Android’s last year’s OS, the 6.0 Marshmallow. Also, the device has been clocked with Mediatek MT6737M chipset, Quad-Core GHz Cortex-A53 CPU and Mali-T720MP2 GPU. Besides, the device is furnished with 8 GB of ROM and 1 GB RAM.

Moving towards the camera, Huawei has also upgraded the rear camera of the new version of Y3. The new Huawei Y3 2017 comes with 8 MP rear camera, whereas, the 2016 version had only 5 MP of rear camera. The company, however, has not made any changes in the front camera. Both Y3 2016 and 2017 features 2 MP of front camera.

Also, the company has upgraded the battery of the Huawei Y3 2017. The 2017 versioned Huawei Y3 possesses non-removable battery. However, the device, just like its predecessor, lacks the fast charging functionality.

Huawei, additionally, has made the smartphone available in different colors like gold, pink, blue, white and gray.