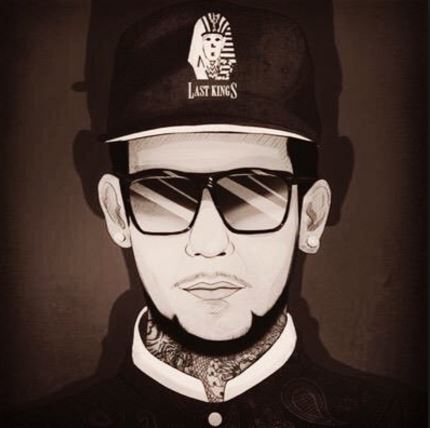 Yama Buddha (Real Name: Anil Adhikari) is one of the most popular Nephop singer who has won heart of many Nepalese youngsters living inside and outside of the country. A gifted songwriter who discovered a passion for poem when he was studying in third grade, the theme of his lyrics revolves around social and political changes. He comments on social taboos where he talks about class struggle, racism, poverty and political scenario. His musical career started at the age of 16 years and now he is arguably the number one Nepali rapper.

The lyrics of this song is:

Mandem wanna talk shit
But never listen the perfect definition of wut a fool is
A ruler Yama Buddha the rudest
I always end up winning when I lose it, mad temper
Can’t read the tracks off ya cd like a bad sector
I’m deep like lazy, bring heat like crazy, the beat like ya baby, mother’s life, I wrecked her
Poor shots, bad director
U hope to be dope could never cope with the pressure
I’m bringing back the crack the rap resurrector
Allow it! i’m fresher

If it’s on I break bones you go home on a strecher
Yes sir! that’s how I do
Coming at ya straight outta kathmandu
Think before you risk it, don’t get it twisted
Ya’ll pigs sick coz of swine flu
Mind u! the most wanted
Plus the flow is so supersonic
Headed for the summit yeah it’s ironic
Anything to everything u dream I done it
Yeah! I’m on it

You think u the guy but u miss when u try
Real talk! ain’t done shit in ya life
All that you been spitting are lies
Ya’ vision is fucked up like dick in ya eyes
I’m elegant ,equipped with required elements
The most definite to make u sink like sediments
I meditate over the beat till I levitate elevated to the peak
Celebrate better state 7 days of the week, a renegade never late generating the heat
Demonstrate better ways to resonate the spit, relegate, decimate the best in the bizz

A delegate renovating the shit, never hesitate, devastate while taking a piss
Look! we shut down the best of parties
Don’t like me? I’m ya girls best artist
While u ain’t making a move, you parking
I push ignition like Sash…Car Key (Karki)
YB on a beat and it’s over
YB accapella..still over
Bring heat like squeezing a toaster
Feed on Mcs like an eating disorder

Get deeper than the navy be
Cudn’t suck if I wanted like a baby Bee
You bound to fall off like baby teeth
Coz writing a verse takes u 80 weeks
N still all u rap is ABC
Cudn’t spit sick with rabies please
And since ya bitch got laid by me
I heard now you guys barely speak
Shit! You ain’t a match

Tryna change the fact that you lame and wack
Di*kriding too much got ya anus packed
Flames I rap off the top till my brains is ash
Look! I come alive in the night time
Go hard like the fuck of a lifetime
Rock the show as you watch from the sidelines
Run the underground flow like a pipeline
Use my mind kinda like Einstein
On a doper addiction than white lines
I thought ya crew warned you with a high sign
I get more viewers than prime time

Sanu Maya by Pratik and Swikriti