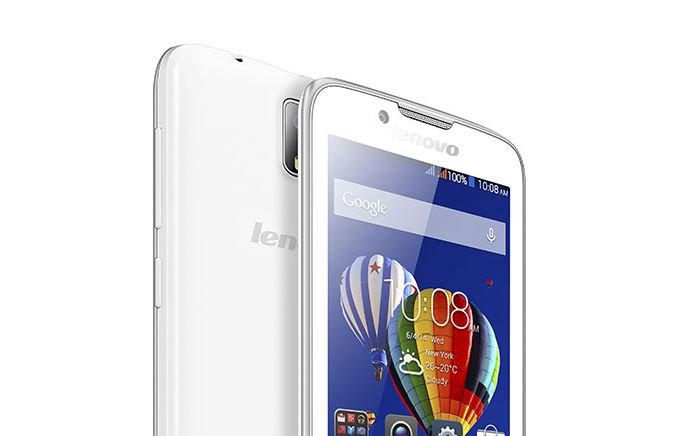 A well-known multinational company, Lenovo which has established itself as a successful manufacturer in the world of laptop and other technological product, also entered in the world of smartphone and started manufacturing smartphones that were budget-friendly. And today we are reviewing the Lenovo A328, one of the budget smartphone manufactured by Lenovo.

The Lenovo A328, just like the Lenovo Vibe C and other low-end devices, is completely made out of a plastic. The rear panel of the device is glossy. Also, we can see that the device lacks any type of protection from the front. The device is also slightly curved at the rear which helps users to hold the device easily.

The Lenovo A328 features an earpiece at the top followed by front facing camera and Lenovo branding just above the screen. However, the device lacks proximity and light sensors which is also seen in the Lenovo A2010. The capacitive home, recent app and back buttons are placed below the screen, nevertheless, are not supported by backlit.

The Lenovo A328, moreover, features a 3.5 mm earphone socket and micro USB port at the top of its body. Similarly, we can notice the primary microphone at the bottom of the device. Nevertheless, we cannot find out secondary microphone in the device. Furthermore, the device possesses volume keys and power key at the right hand side. Also, we can experience a primary camera, a flashlight and a speaker at the rear part. The SIM card slots and microSD card slot are visible beneath the back panel.

Furthermore, the Lenovo A328, besides, carries 4.5 inches capacitive touchscreen with the resolution of 480 x 854 pixels (~218 ppi pixels density). The device produces good color, and despites of low resolution in comparison to the screen size, the display looks crisp. However, the device does not possess good viewing angle.

Moreover, the Lenovo A328 features Android 4.4.2 KitKat out of the box, and cannot be upgraded to any other software released by Android. Further, the device is functioned with processors like MediaTek MT6582M chipset, Quad-Core 1.3 GHz Cortex-A7 CPU and Mali-400MP2 GPU. The device, besides, is furnished with 4 GB of internal memory and 1 GB of RAM. The storage can later be expanded up to 32 GB using a microSD card.

In addition, the Lenovo A328 is equipped with 5 MP of rear facing camera which is also capable of shooting videos at 1080 pixels. The camera comes with features of geo-tagging and other too. The device also possesses 2 MP of front facing camera. The rear camera is also supported by a single LED flashlight just below it.

The Lenovo A328, besides, is powered with removable Li-Po 2000 mAh battery. The device, however, is not supported by fast charging, which can be noticed on other low-end smartphones. Further, the battery backup of this device is good as it can be used for more than 6 hours. Additionally, the device is available in two colors; black and white.