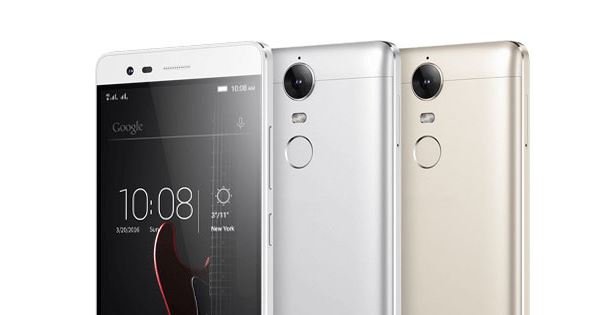 The Lenovo Vibe K5 Note, unlike the Vibe K4 Note, is completely made up of a metal. However, the sides are made up of a plastic. The rear panel features matte and grainy textures which make the device look premium. Besides, the front part of the Vibe K5 Note receives the protection of 2.5D curved corning gorilla glass which is also present in its small brother, Vibe K4 Note and other mid-range smartphones like Oppo F3 and F3 Plus.

An earpiece followed by a front facing camera, sensors and notification LED light is placed on the top of the screen. Further, the device features the capacitive home, recent app and back buttons below the screen. Nevertheless, this device too lacks backlit supported capacitive keys.

Furthermore, the topmost part of the Vibe K5 Note contains a 3.5 mm earphone port. Similarly, the bottom includes a micro USB port and a primary microphone. The device, further, acquires volume adjusting keys and a power key at right side and hybrid SIM card slot at the left side. Besides, the device accommodates a secondary mic, a main facing camera, a dual tone LED flashlight at the right and a fingerprint sensor just below the camera at the rear.

Moreover, the Lenovo Vibe K4 Note is operated with Android 5.1.1 Lollipop OS, however, it cannot be upgraded to any new software launched by Android. Also, the Vibe K4 Note features Mediatek MT6755 Helio P10 chipset, Octa-Core (4 x 1.8 GHz Cortex-A53 and 4 x 1.0 GHz Cortex-A53) CPU and Mali-T860MP2 GPU. Besides, the device is stocked with 32 GB of internal memory and 3 GB of RAM. The storage can further be expanded up to 128 GB.

In addition, the Lenovo Vibe K5 Note has been assembled with Li-Po 3500 mAh users’ non removable battery. Nevertheless, the device, likely to other mid-range smartphone, is deprived of fast charging. The battery, anyway, gives backup for more than 24 hours with a single charge. Also, the device is available in silver, gray and gold colors.