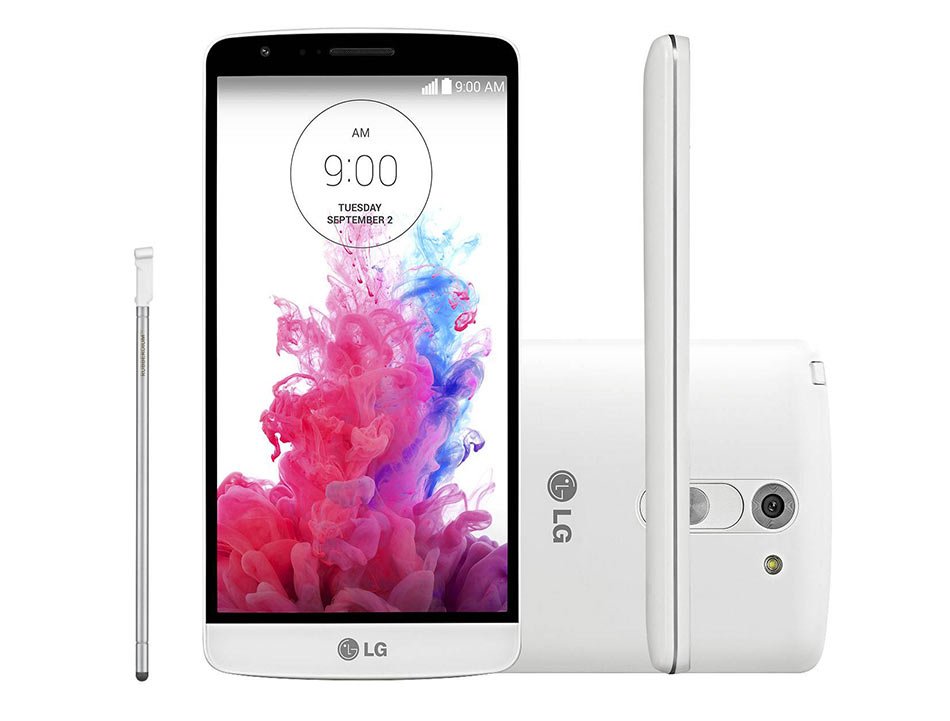 The LG G3 Stylus, just like its predecessor, is made up of a plastic. Also, the rear panel receives the same brushed metal finish which helps the device look stylish. The device’s forepart, however, lacks the corning gorilla glass, and the bezels are also thick compared to the LG G3.

The LG G3 Stylus features an earpiece, the sensors, a front facing camera and a notification LED light at the top bezels. Further, LG G3 Stylus, because is a dual SIM device, receives four capacitive buttons on the screen, out of which one is featured to choose the SIM card. The device, further, is equipped with main camera, surrounded by flashlight and a LG branding at its rear. The rear part also includes a speaker grille at the lower bottom.  However, the device lacks laser autofocus which was seen in the LG G3.

Further, LG G3 Stylus possesses an antenna and a Stylus Pen port at the top part. The bottom part receives of the micro USB port, a 3.5 mm headphone socket, and a primary microphone. The device receives power button and volume alteration keys at the rear side below the camera which was visible on both LG G2 and LG G3. Besides, the SIM cards slots and microSD card slot is featured under rear panel under battery.

The LG G3 Stylus features True HD-IPS + LCD capacitive 5.5 inches display screen, however, does not feature high resolution screen. The screen, nevertheless, has got vibrant color output. The device also has got good viewing angle. However lacks the protection of corning gorilla glass.

Moreover, LG G3 Stylus is operated with Android 4.4.2 KitKat out of the box, though, cannot be upgraded to any other OS released by Android. The device also equips Mediatek MT6582 chipset, Quad-Core 1.3 GHz Cortex-A7 CPU and Mali-400MP2 graphics processing unit. The device is featured with 8 GB of ROM and 1 GB of RAM. Further, the space can be expanded to 32 GB using a microSD card.

The LG G3 Stylus carries 13 MP and a LED flashlight main camera at the rear. The rear camera furnishes different features like geo-tagging, touch focus, and panorama. The rear camera captures good photos during the daytime and is able to shoot videos at [email protected] The device also features 1.3 MP front facing camera. However, the LG G3 has got a very good camera compared to this device.

Similarly, the LG G3 Stylus is packed with 3000 Li-Ion removable battery. The device, however, is not supported by both fast charging and wireless charging function. The battery has a good battery backup. The device can be used up for a day without any problem. The device is available in black, gold and white color.