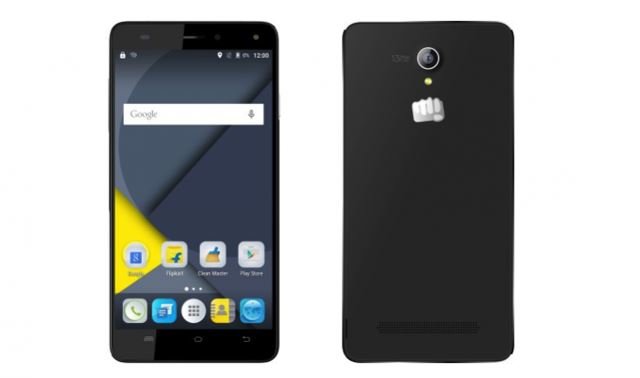 The device, as other smartphones, features an earpiece, a front facing camera, front facing LED flashlight and different sensors at the top bezels and also features the capacitive home button, recent app button and back button at the bezels below the screen. However, the capacitive keys are not backlit. Moreover, the device acquires the primary camera supported by a LED flashlight, Micromax branding, a fingerprint sensor and speaker grille at the back.

The device features an earphone port at the topmost part. The device carries a power button on the right-hand side and the volume adjusting keys at the left-hand side. The device, further, equips a primary mic and a micro USB port at the bottom. The SIM card slots and microSD card slot is featured under the back panel.

Besides, Micromax Canvas Pulse 4G is operated with Android 5.1 Lollipop out of the box. The device, further, is functioned by Octa-Core 1.3 GHz CPU. Further, the device is comes with 16 GB of internal memory and 3 GB of RAM. The device’s space can further be expanded up to 32 GB using a microSD card.

Moreover, the device carries 13 MP, autofocus camera and single LED flashlight at its back. The rear camera also comes with many features that allow users to shoot pictures in different way. The device, further, acquires 5 MP of front facing camera and front facing LED flashlight which is capable of shooting perfect self-portraits even at night.

Furthermore, the Micromax Canvas Pulse 4G is powered with 2100 removable mAh battery. However, the battery also lacks fast charging functionality which is visible in many low and mid-range smartphones. Nevertheless, the battery is good and give backup for one whole day with 100% charge.