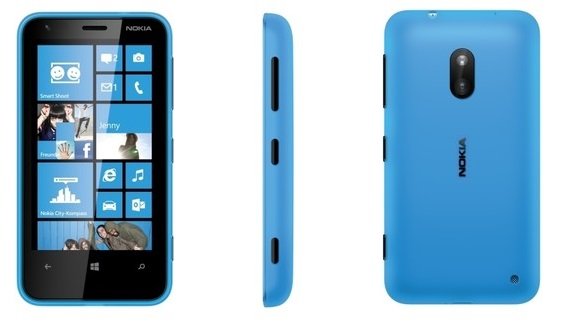 Nokia Lumia 620 has a superb range of features, delightful design and excellent price which make this device not only the best budget Windows phones around but the Best Budget phones too. The device comes in seven colors, and each cover is a cut above the norm. The bottom of the device is thin layer opaque plastic, topped with a secondary translucent layer that gives the depth to finish. The device seems to be classier and most interesting than many other budget blowers, including its comparatively dull predecessor, the Lumia 610.

Nokia Lumia 620 Smartphone comes with 3.80 inch 480X800 display powered by 1GHz processor alongside 512MB RAM and 5-megapixel rear camera. It is added with the applications like HERE Drive+, HERE Maps, HERE City Lens, Nokia Mix Radio, Smartshoot, and NokiaCinemagraph. The battery life can be praised and for its performance too, it is praised according to the budget of the set.