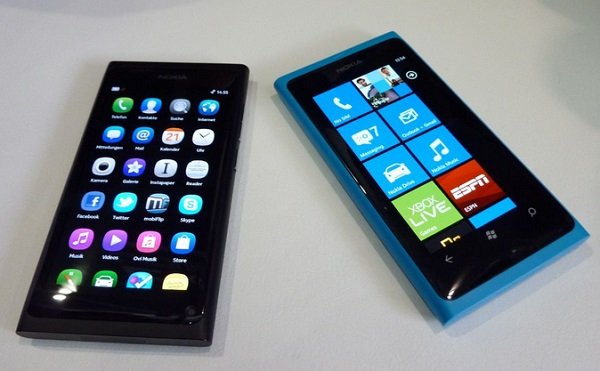 Nokia Lumia 800 is a Windows Phone 7-powered Smartphone which was first unveiled on 26th October 2011 at the Nokia World 2011 event. The mobile was the first phone to run the Windows Phone OS and it was marked as the company’s shift of the focus in the favor of Windows Phone for premium-priced phones. Lumia 800 shares the model of the Nokia N9 but there is the difference that is the physical button which was added dedicating for the camera on the right side of the phone and a dual LED flash moved directly above the camera lens.

The Lumia 800 comes with four Nokia-exclusive applications which are the Nokia Drive, a free turn-by-turn navigation system, Nokia Maps, Nokia Music which delivers a free streaming music service and music store and App Highlight, service suggesting software based on location and operator. The Nokia Lumia 800 has a singular design which is very stunning. But the camera and video quality on the Lumia 800 is poor since the front facing camera would make it more competitive and the Micro-SIM slot is hard to access.