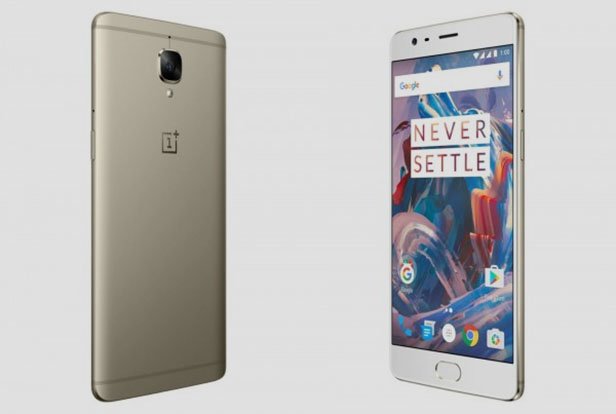 Today we are reviewing one of the popular model of OnePlue mobile, the OnePlue 3T.  Despites of competitors, OnePlus has proved to be a successful smartphone manufacturer and has been able to sell its product throughout the world. The same company, after successful its many devices, released their new smartphone named OnePlus 3T on November, 2016. The OnePlus 3T is the successor of OnePlus 3 that was released on June 2016. Just like other smartphones using Android OS, OnePlus 3T is also a smartphone that manipulates Android OS and its own operating system to run the device.

The OnePlus 3T has got the identical look of its predecessor the OnePlus 3. The body of OnePlus 3T is made up of metal body and features a Corning Gorilla Glass 4 from front side. Moreover, the device has got the same design as of the devices that are manufactured by OnePlus. Users can see an earpiece on the top of the device’s body followed by front facing camera and various sensors. The main screen features a home button at the bottom along with a recent app and a back button. And just like OnePlus 2, the two capacitive buttons (recent app and back button) are supported by backlit functionality. Besides, just like other devices of OnePlus, a notification LED light can also be seen in the device. The device’s home button also works as a fingerprint scanner and should not be pressed to return to the home screen.

Furthermore, users can observe that the device features a power button on the right side of its body. However, the volume adjusting keys have been placed at the left side of the device followed by alert slider below it. The dual SIM card tray can be found on the right side above the power button. The device, however, like its predecessor, lacks the microSD card slot. The USB Type-C port, a mic and a speaker grille can be noticed at the bottom part of the device. Moreover, a 3.5 mm stereo headphone port can also be seen at the bottom of the device. Besides, users can spot an active noise cancellation mic at the top of the device.

The OnePlus 3T and its predecessor OnePlus 3 have same dimension. Both devices have 152.7 x 74.7 x 7.4 mm dimension and both devices weighs 158 g. Furthermore, the OnePlus 3T also comes with 5.5 inches Optic AMOLED capacitive touchscreen which also has the resolution of 1080 x 1920 pixels ~401 ppi pixel density. Nevertheless, some of the devices manufactured by OnePlus like OnePlus One and OnePlus 2 had TFT LCD screen. Moreover, the device has got good viewing angles and has good contrast. The device features an ambient light sensor which allows the users to use their device even in the intense light without any hesitation and this sensor turns on the screen when the users take it out of the pocket. Furthermore, the device’s display is bright and provides vibrant color.

Besides, the OnePlus 3T, like the OnePlus 3, is equipped by Android OS v6.0.1 Marshmallow Oxygen OS 4.1 of the box and can be upgraded to Android OS v7.1.1 Nougat. Moreover, the device is featured by Qualcomm MSM8996 Snapdragon 821 chipset. The device possesses Quad-Core (2 x 2.35 GHz Kryo and 2 x 1.6 GHz Kryo) CPU and similarly, the device is furnished by Adreno 530 GPU. Besides, the device comes with both 64 GB and 128 GB of internal memory followed by 6 GB RAM. However, as the device lacks the microSD card slot, the memory cannot be expanded for further space in the device.

The device comes with Li-Ion 3400 mAh non-removable battery. The battery, looking at its capacity may give nice battery backup. Moreover, the device, just like its predecessor the OnePlus 3, features the functionality of fast charging. The device gets charged 60% in 30 minutes with the help of dash charge. The device is available in gunmetal, midnight black and soft gold colors.