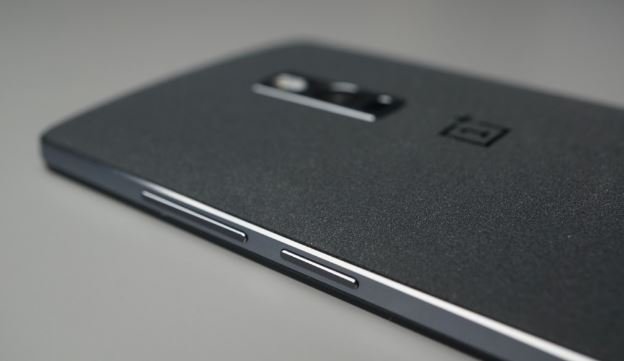 The OnePlus 2, just like it’s predecessor, is a big smartphone and has got identical rear panel and is made up of metal frame. Coming to the front, we can see that the device features the protection of Corning Gorilla Glass 3. Moreover, the device has got identical look of the devices manufactured by OnePlus. We can see an earpiece on the top of the device followed by front facing camera and sensors. The device features a home button along with recent app and home button. Moreover, we can notice that the home button works as a fingerprint sensor and two capacitive buttons are supported by backlit. Besides, a notification LED light can also be seen in the device.

Furthermore, users can see that the device features a power-button on the right side of its body and yes, this time the volume adjusting keys have also been placed at the right side of the device followed by power button below it. The dual SIM card tray can be found beneath the rear panel. However, the phone, just like its predecessor, lacks the microSD card tray. The USB port, a mic and dual mono speaker grilles can be noticed at the bottom part of the device. Moreover, a 3.5 mm stereo headphone port can be seen at the top of the device. Moreover, we can spot an active noise cancellation mic at the top of the device. The new thing we can notice in the OnePlus 2 is that it has received an alert slider on its left side.

The OnePlus 2, compared to its predecessor OnePlus One is thick and has gained some weight. Coming to the display, the OnePlus 2 comes with 5.5 inches LTPS IPS LCD capacitive touchscreen having the resolution of 1080 x 1920 pixels ~401 ppi pixel density. Moreover, the device has got good viewing angles and has good contrast. The device features an ambient light sensor which allows the users to use their device even in the intense light without any hesitation. Furthermore, the device’s display is bright and provides vivid color.

The device comes with Li-Po 3300 mAh non-removable battery. the battery, looking at its capacity may give nice battery backup. However, the device just like its predecessor, lacks the adaptive fast charging functionality. Apart, the device is featured by preinstalled applications like Audio FX which allows the users to adjust the sound of the device. The device, moreover, features gesture mode that are supported on both unlocked and locked screen.