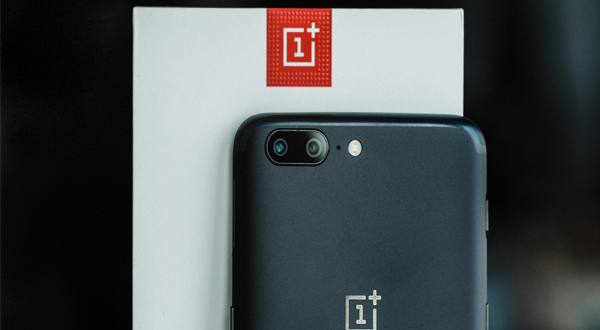 How much of us remember OnePlus 3T, a smartphone that proved out to be one of the most successful device manufactured by OnePlus. The same company, after a gap of six months, is back with something new that is just out of expectation. The OnePlus 5 is a new flagship smartphone thrown by OnePlus that is able to blow the mind of any people just with its specifications.

The OnePlus 5’s front view, however, is same as of the other devices of OnePlus. The device features an earpiece at the top of the screen followed by varieties of front sensors and a notification LED. Looking below the screen, we can find a fingerprint scanner that is much more faster and sensitive than other fingerprint sensors found in other smartphones.

Further, the OnePlus’s right side has been featured with power button and the left hand side features a volume adjusting keys and alert slider. The SIM card tray can also be found on the right side just above the power key. Nevertheless, the OnePlus 5, just like the 3T, has been deprived on external SD card slot which is not a good thing. Coming to the bottom, the device contains a 3.5 mm headphone jack, a USB Type-C port and a single speaker. The speaker is good, but it may not be as expected. Also, the speaker can be muffled while using the device in landscape mode.

Moreover, the OnePlus 5 comes with 5.5 inches Optic AMOLED capacitive touchscreen having the resolution of only 1080 x 1920 pixels (~401 ppi pixel density). The screen resolution may not be acceptable to some people because many smartphone manufacturers offer a QHD screen in the same price range. However, the screen is not as bad as we think. The device’s screen color production is very much good. The colors are vibrant and saturated and the blacks are more darker, thanks to the AMOLED technology. Users can also the device under the bright light without any problem, and the device comes with other features as well that comfort the eyes of users while using it in the night.

Besides, the OnePlus 5 is stocked with Android latest operating software, Android 7.0 Nougat and Oxygen OS 4.5.10. There is also a rumor that the device may soon receive new software update. Also, the device is equipped with Qualcomm MSM8998 Snapdragon 835 chipset, Octa-Core (4 x 2.45 GHz Kyro & 4 x 1.9 GHz Kyro) CPU and Adreno 540 GPU. Additionally, the device comes with either 64 GB of ROM and 6 GB of RAM or 128 GB of ROM and shocking 8 GB of RAM. The 6 GB and 8 GB variants are surprisingly fast. No any applications lag no matter how much applications are opened in the background.

Coming to the front camera, the device has been equipped with 16 MP, f/2.0, 20 mm front camera. The camera also possesses the EIS feature which helps users to shoot less-shaky images. The front camera is also capable of shooting FHD videos at 1080×1920 pixels.

Nevertheless, the battery powered in the OnePlus 5 is not much attractive. The OnePlus 5 has been powered with 3300 mAh whereas, its predecessor, the 3T was featured 3400 mAh battery. However, the battery backup is as expected. The device can go for full day with heavy usage. Also, the device has been supported with fast charging that charges the device from 0-60% in just 30 minutes and 0-100% in a hour and 20 minutes.

Further, the device has also been made available in two color variants; Midnight Black and Slate Gray.