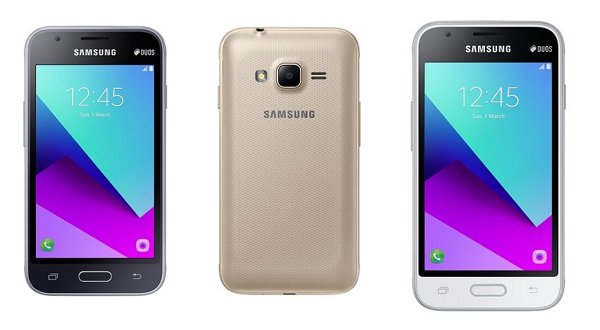 The Samsung Galaxy J1 Nxt, because it lies in the low-range smartphone, is made up of metal and plastic just like other low-ranged devices of Samsung. The device, because is normal, lacks the protection of Corning Gorilla Glass. Just like other smartphones manufactured by Samsung, Samsung Galaxy J1 Nxt obtains the same design. The device features an earpiece on the top on its front part along with front facing camera. The home button can be seen below the screen having the company of recent app button and back button on each side. The home button, because of its range, doesn’t works as a fingerprint sensor and the recent app and back buttons lacks the support of backlit functionality. Moreover, the device is not reinforced by notification LED light.

Talking about the display, the Samsung Galaxy J1 Nxt comes with 4.0 inches TFT capacitive touchscreen having 400 x 800 pixels ~233 ppi pixel density. The device has got good display screen, however, the viewing angles are not so good, and the display does not provides dynamic color output. The Samsung Galaxy J1 Nxt, just like Samsung’s other low-range devices, does not acquire an ambient light sensor, which means the users should manually adjust the brightness to use their device in bright lights. Furthermore, the device, just like its predecessors, lacks Corning Gorilla Glass that is used to protect the screen from scratches.

Talking about the camera, we can see that the Samsung Galaxy J1 Nxt has been furnished by 5 MP rear camera. The device, however, lacks a LED flashlight. The main camera comes with different features. Coming to the front camera, the device possesses VGA front facing camera. The rear camera also captures the video at [email protected]

Moreover, the device comes with Li-Ion 1500 mAh removable battery. The Samsung Galaxy J1 Nxt, because it lies in the range of low-range smartphones, we cannot see the feature of adaptive fast charging. The battery, on the basis of its capacity, is good and gives nice backup. The device is available in white, gold and black color.