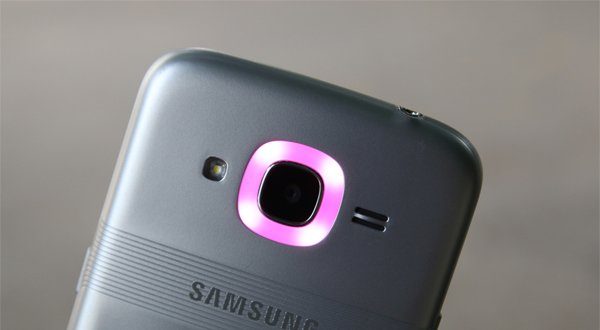 Samsung Electronics Co., Ltd is an international as well as multi-brand company which has been serving the world by manufacturing and retailing different types of electrical commodities and other military products for more than 70 years. The particular company released a new smartphone known as the Samsung Galaxy J2 (2016) on July, 2016 along with its brother J2 Pro (2016) in India and other parts of the country. Like other devices, the Samsung Galaxy J2 (2016) is also an Android smartphone that was launched by adding some extra features that were not available in it’s predecessor Samsung Galaxy J2 which was released on September, 2015.

The Samsung Galaxy J2 (2016), because it lies in low scale devices, is made up of metal and plastic body just like it’s predecessor J2. Both J2 (2016) and J2 Pro (2016) has got the same look. The device, just like J2 Pro (2016) and other low scaled devices, lacks the protection of Corning Gorilla Glass. The device has got same thickness, and has the same weight as of its predecessor Galaxy J2. Just like other smartphones manufactured by Samsung, Samsung Galaxy J2 (2016) has got the same design. The device has got an earpiece on the brink on its front part along with front facing camera and different sensors. The home button exists below the screen having recent app button and back button on each sides. The home button doesn’t works as a fingerprint sensor. Besides, the Samsung Galaxy J2 (2016), just like its predecessor, lacks backlit functionality, and because it lies in the low level devices of Samsung, it is not supported by notification LED lamp. However, the device, just like its twin brother the Samsung Galaxy J2 Pro (2016) features a SmartGlow function which cannot be seen in other devices.

Talking about the display, the Samsung Galaxy J2 (2016) has been equipped with 5.0 inches Super AMOLED capacitive touchscreen with 720 x 1280 pixels ~294 ppi pixel density. The device has got good display screen, viewing angles are good, and provides vibrant color output. Besides, its predecessor Galaxy J2 had only 4.7 inches screen. The Samsung Galaxy j2 (2016), just like Samsung Galaxy J2, J2 Pro (2016) and other J Series devices, lacks ambient light sensor, which means the users have to manually adjust the brightness to use their device in intense light. Nevertheless, the device features an Outdoor mode which adjusts the brightness for 15 minutes or until the screen turns off. Furthermore, the device lacks Corning Gorilla Glass which is used to protect the screen from being scratched.

Furthermore, the device, just like its twin, comes with Li-Ion 2600 mAh removable battery. Because the device lies in the low-range device, it lacks adaptive fast charging functionality, which are unseen in the devices of J Series. The battery, however, is good and gives nice backup compared with other low range devices. The device is available in white, gold and black color.