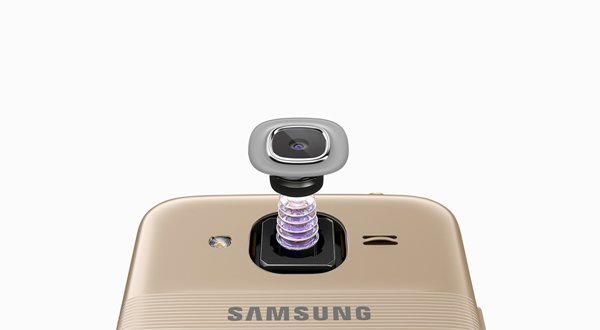 The Samsung Galaxy J2 Pro has been built up with body design as of other devices of J Series which helps the device to look stylish and has some new features which makes it attractive than its predecessor. The device, comparing to predecessor Galaxy J2, is a little bit thick and has gained some weight too. Just like Samsung’s other smartphones, Galaxy J2 Pro has got the same look. The device, in the forepart features an earpiece on the top, a front facing camera and has sensors alongside. There is a home button, a recent app button and a back button featured under the display of the gadget and the two recent app and back buttons lacks backlit.

Comparing about the display between both devices, the Samsung Galaxy J2 Pro has a bigger screen having 5.0 inches Super AMOLED screen and 720 x 1280 pixels with 294 ppi pixel density whereas, the Galaxy J2 had 4.7 inches 540 x 960 pixels 234 ppi pixel density screen . And because both devices have been featured by SAMOLED display technology, the devices can be used under bright lights too.

Besides, talking about software of Samsung Galaxy J2 Pro, it runs Android 6.0 Marshmallow out-of-the-box. The device, Samsung Galaxy J2 Pro has been packed with Spectrum SC8830 Quad-Core 1.5 GHz Cortex –A7 processor, Mali-400MP2 graphic processor and 2GB of RAM. Moreover, the Samsung Galaxy J2 Pro comes with 16 GB of internal memory which can later be expanded upto 128 GB with the help of external microSD card. Moreover, it’s a huge success over its predecessor J2 which had only 1 GB of RAM. None of the device features fingerprint protection. Furthermore, both J2 Pro and J2 (2016) has got the Smart-Glow feature which works as a notification light.