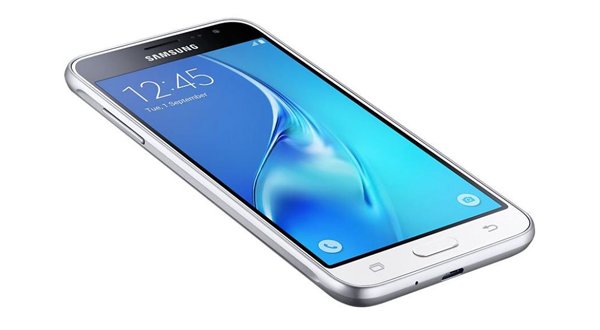 The Samsung Galaxy J3 2016 has been built up with body design as of other devices of J Series launched by the Samsung Electronics. The device has got metal frames which helps it look little bit classy. The device, comparing to successor, is a little bit thin and also has less weight. Just like Samsung’s other smartphones, Galaxy J3 2016 has got the same look. The device, in the forepart features an earpiece on the top, a front facing camera and has sensors alongside. There is a home button, a recent app button and a back button featured under the display of the gadget and the two recent app and back buttons lacks backlit.

The device, just like other smartphones of Samsung Galaxy J Series (for example Samsung J7, Galaxy J5, etc.), features power button on the right-hand side of the device and the speaker has been placed at rear next to camera. Furthermore, the volume adjusting keys have been placed on the left-hand side of the device. Besides, the bottom part of the device features a USB Type-B port, a 3.5mm headphone socket and a mic. The SIM card slots and microSD card slot has been placed beneath the battery, which means the rear panel can be opened.

Comparing about the display of both gadgets, the Samsung Galaxy J3 2016 comes with 5.0 inches Super AMOLED 720 x 1280 pixels with 294 ppi pixel density screen. Similarly, the Galaxy J3 Pro also features 5.0 inches 720 x 1280 pixels 294 ppi pixel density screen supported Super AMOLED technology.  And because appliances have got SAMOLED technology, they can be used on bright lights too without any hesitation.

Talking about batteries, the Samsung Galaxy J3 2016 has been packed with 2600 mAh removable battery which can be seen of its successor J3 Pro. Similar to the other devices that come under J Series range, the Galaxy J3 2016 also lacks the fast charging functionality.