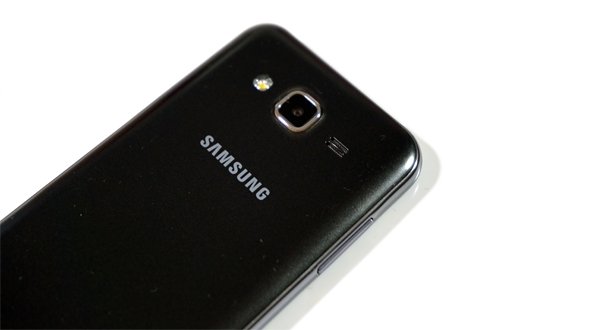 Talking about the display, the Samsung Galaxy J5 has been equipped with 5.0 inches Super AMOLED capacitive touchscreen with 720 x 1280 pixels ~294 ppi pixel density. The device has got good display screen, viewing angles are quite good, and provides vibrant color output. The Samsung Galaxy J5, nonetheless, lacks ambient light sensor, which means the users have to manually adjust the brightness to use their device in intense lights. However, the device has got an option of Outdoor mode that brightens the screen for 15 minutes or until the screen is turned off. Furthermore, the device lacks Corning Gorilla Glass which is used protect the screen from scratches. Nevertheless, the device has got an option to change the screen mode that is used to optimize the color sharpness, saturation and range of the display.

The Samsung Galaxy J5 has been furnished by Android 5.1 Lollipop, but the device can later be updated to Android 6.0.1 Marshmallow. Besides, the Samsung J5 comes with Qualcomm MSM8916 Snapdragon 410 chipset and Quad-Core 1.2 GHz Cortex-A53 CPU. Talking about the graphic processor, the device has been equipped by Adreno 306 GPU. The phone comes with 8 GB and 16 GB of internal memory which is an attraction that can be seen in the low ranged devices. Furthermore, the device features microSD card slot which means the memory can be expanded up to 128 GB. Besides, the device comes with 1.5 GB of RAM. However, its successor Samsung Galaxy J5 (2016) and J5 Prime comes with 2 GB of RAM.

Moreover, the Samsung Galaxy S6 has been supplied with 13 MP, f/1.9 aperture lens, autofocus, rear camera. The device, however, comes with single LED flashlight. The main camera has got different features like face detection, geo-tagging, touch focus, and so on. The camera captures good photos during daytime. Coming to the front camera, the device has been equipped with 5 MP, f/2.2 aperture lens front facing camera. The rear camera also helps to capture the video at [email protected]

Moreover, the device comes with Li-Ion 2600 mAh removable battery. Furthermore, the device, along with its successors, lacks adaptive fast charging functionality. The battery, however, is good compared to other low-range devices manufactured by Samsung. The device gives good battery backup, and can be used up to 18 h on talk time (3G) and up to 62 h on music play. Moreover, the device is available in white, black and gold color.