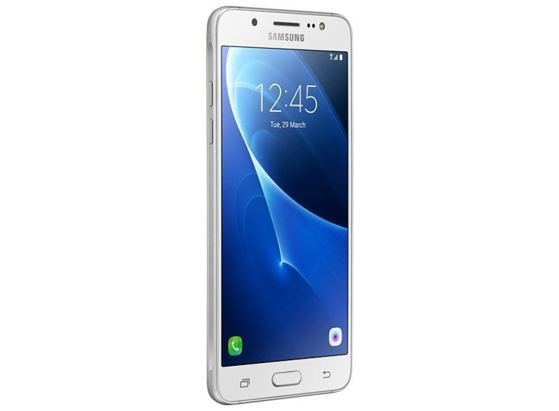 Users can find a 3.5mm headphone socket, a mic and a USB port below the device. The speaker has been placed at the rear part of the device alongside the camera.  Comparing Samsung Galaxy J5 2016 with Galaxy J5 Prime, the device has got 8.1 mm of width and weighs 159g whereas J5 Prime’s width and weight is 7.9mm and 146g respectively.

The Samsung Galaxy J5 Prime had PLS TFT capacitive touchscreen whereas, the Galaxy J5 2016 features 720x1280p screen and is supported by SAMOLED which means users can operate their mobile devices without any hesitation even in the sunlight. The device assists multi finger and has covered 70.7% portion of its forepart.

Furthermore, the Galaxy J5 2016 has been furnished by 13MP rear camera which features f/1.9 aperture lens and other functionality too. Similarly, a front facing camera of 5MP has also been featured along with a LED flashlight in the forepart.

Additionally, the Galaxy J5 2016 has been assembled with 2 GB of RAM and 16 GB of ROM, however, Galaxy J5 Prime had only 1.5 GB of RAM. Certainly, both Galaxy J5 Prime and Galaxy J5 2016 feature 1.2 GHz Quad-Core Cortex-A53 Processor, Adreno GPU and Qualcomm MSM8916 Snapdragon 410 chipset. Besides, the device comes with 3100 mAh removable battery.