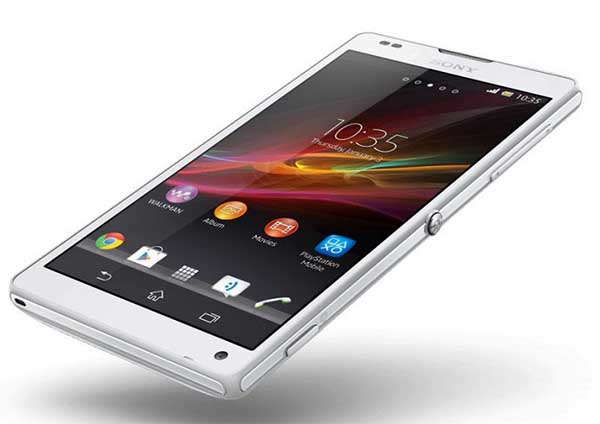 Xperia Z is the Sony’s flagship phone which has the screen resolution arms race with 5 inch, 1,920 X 1,080 displays. The model is the one which will be fulfilling the needs to be high end smartphone, including a qua-core 1.5 GHz processor and a camera with a huge 13 megapixel sensor. The display has a full resolution just as the HTC One of this year but the screen resolution can be a bit larger which makes legible to the text. The display is hugely bright but there are some leakages of the edges when one looks in the edges of the large blocks of the black. The screen suffers from the AMOLED screens such as that of Samsung Galaxy Note 2 which has far deeper blacks. The display is impressive for watching the movie and for games.

The Xperia Z does have a trick to get rid of the water and dust. So, it will be surviving in rain shower or a a drop of water into it. The flaps contain the various ports which are rubber sealed and they are very sturdy and it will be helping to protect from breaking. It is the competitive in markets but it has to confront the longevity of the battery life even at the expense of the design. In this case, the model has got the good video camera and stunning quality but it will be a disadvantage for its non removable battery and software bugs.