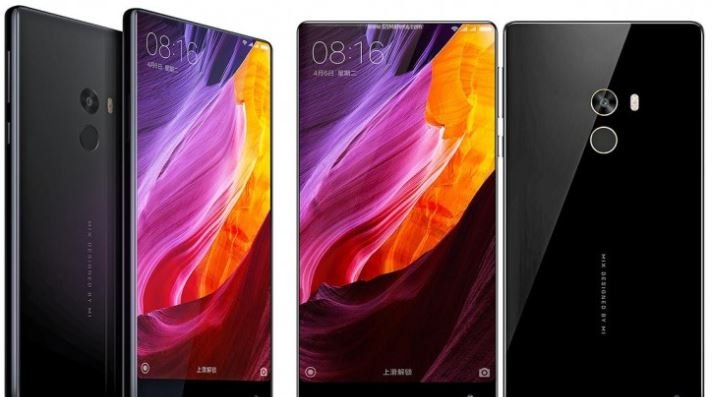 Xiaomi is trying to represent the future of smartphones by manufacturing smartphones which cannot be imagined at the present time. And today we will review a smartphone that gave some idea about future smartphones to the smartphone users. The smartphone is known as the Xiaomi Mi Mix.

The Xiaomi Mi Mix, unlike other smartphones, is made up of a ceramic. The front part, further, features the protection of the corning gorilla glass. The side bezels and the top bezel of the display are thin and are covered with the screen.

The device features nothing, but an inbuilt earphone in the top bezel which is too low to hear. The front facing camera is placed on the bottom bezel along with some sensors. Further, the capacitive keys are attached in the screen.

The Mi Mix carries a 3.5 mm headphone socket, an IR sensor and a secondary microphone on the top of its body. The device, further, carries USB Type-C port, a primary mic and speaker grille on the bottom. Further, the device equips main camera at the center, a flashlight and fingerprint sensor on the back. The right side carries a volume adjusting keys and power keys whereas, the left side possesses SIM card tray.

The Mi Mix, further, bears 16 MP, f/2.0 aperture lens, EIS (gyro), phase detection autofocus rear camera supported by a dual tone LED flash. The rear camera comes with features like geo-tagging, touch focus, HDR, and so on. The device also equips 5 MP front facing camera. Furthermore, the rear camera helps shooting UHD videos at [email protected], and slow motion videos at [email protected] However, the camera despite of being 16 MP is not that much good as compared to that of iPhone 6s and 6s Plus.

Moreover, the Mi Mix equips 4400 mAh non-removable battery and also is supported by fast charging functionality. The device, further, gives good battery backup and can be used for more than 5 to 6 hours with single charge. Further, the device is available in black and white colors.