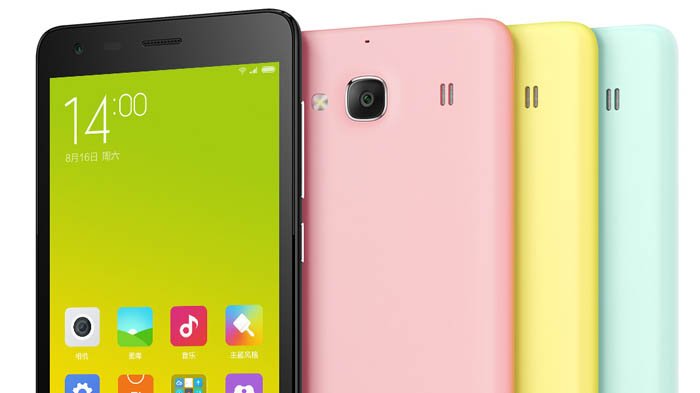 We all know that the competition between mobile manufacturers is growing day by day, and dated back to 6 April, 2010, a Chinese company known as Xiaomi entered in the same competition and successfully established itself as one of the prominent smartphone manufacturer. And yes, today we are reviewing the smartphone manufactured by the same company. Xiaomi released it’s another smartphone called Xiaomi Redmi 2 Pro on October, 2015 and let’s say, it was the updated version of Redmi 2. However, it was the predecessor of the Xiaomi Redmi 3 Pro which was launched on 2016, April.

The Xiaomi Redmi 2 Pro looks identical to the Redmi 2 and also is completely made up of a plastic body. The rear panel features matte finish plastic and also is removable. Moreover, we cannot see any metal work in this device. However, the device is little bit thin than Redmi 2 and also lacks glass in its front.

The Redmi 2 Pro, as we have mentioned above that it copies the look of Redmi 2, places everything as of Redmi 2. We can notice an earpiece at the topmost bezel supported by the front facing camera, and various sensors. We also can see that the device features the capacitive touch buttons below the screen.

The device places a 3.5 mm headphone socket at the top part and carries the micro USB port at the bottom along with the primary microphone. Moreover, we can notice a primary camera at the rear side along with the rear flashlight and speaker grille. The secondary mic is also noticeable at the rear side just above the camera and its branding at the bottom-rear. The power key and the volume adjusting keys are respectively placed on the right and left side. Besides, we can notice the SIM cards slots and the microSD card slot under the rear panel.

Moreover, the Redmi 2 Pro comes with 4.7 inches IPS LCD screen with a resolution of 720 x 1280 pixels having ~312 ppi pixels density. The display is sharp, and the device also features a setting to change the screen color. The color accuracy is not totally perfect, but is closer to the SRGB color standard. Furthermore, users should use the device in 100% brightness while using it outdoors. Viewing angles of this device are too good.

The Redmi 2 Pro is operated with Android 4.4.4 KitKat and company’s own MIUI 6.0. However, Xiaomi has not rolled out any update for the Redmi 2 Pro till the date. Furthermore, the device is furnished with Qualcomm MSM8916 Snapdragon 410 chipset, Quad-Core 1.2 GHz Cortex-A53 CPU, and Adreno 306. The device comes with 16 GB of internal memory and 2 GB of RAM. The space of device can further be expanded to 32 GB using a microSD card.

Besides, the Redmi 2 Pro equips Li-Po 2200 mAh removable battery. And unlike other low and mid-range smartphones, the device features fast charging functionality, and can be noted as the main attraction. The battery backup of this device is also good as the device is usable throughout a day with a single charge. Moreover, the device is also available in different colors like white, pink, black, yellow and light green.