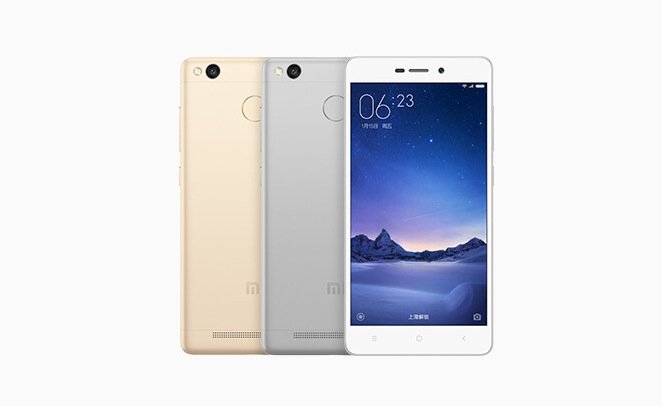 A Chinese mobile company, Xiaomi has taken budget smartphones to a different level from the day of its establishment. And following the same trend, Xiaomi released another budget smartphone named Xiaomi Redmi 3 Pro, the successor of Redmi 1, Redmi 2 Pro and Redmi 3s. The smartphone was officially launched on April, 2016.

The Xiaomi Redmi 3 Pro is completely made up of a metal unibody. The device features non-removable rear panel that touches up the screen housing. The rear panel is slightly curved which makes the device hold easily. However, we are not sure if the device is protected by corning gorilla glass.

The Redmi 3 Pro, just like other smartphones, features an earpiece, a front facing camera, and various sensors at the top bezel. However, this device lacks notification LED light. The capacitive home, recent app and back buttons is placed below the screen. Nevertheless, the capacitive touch buttons lacks backlit support.

Moreover, the top part features a 3.5 mm headphone socket, a secondary microphone and an IR sensor. Further, the bottom part carries the USB port, a speaker grille and a primary microphone. The rear part equips main camera at the top-left corner along with the LED flashlight. The rear part also carries a fingerprint sensor. The power key and the volume alteration keys are placed at the right side, whereas, the hybrid SIM slot is placed at the left side.

The Redmi 3 Pro comprises of 5.0 inches HD IPS LCD screen, 720 x 1280 pixels resolution with ~294 ppi pixels density. Moreover, its predecessors, both Redmi 1 and 2 had HD resolution screen with 720 x 1280 pixels. The screen is sharp and also produces vibrant color. The viewing angles also are good. The device also features an ambient light sensor which automatically adjusts the screen brightness according to the environment.

The Xiaomi Redmi 3 Pro is operated with Android 5.1 Lollipop and also features company’s own MIUI 8. However, the device is not upgradable to any other software released by Android. The device is functioned with Qualcomm MSM8939v2 Snapdragon 616 chipset, Octa-Core (4 x 1.5 GHz Cortex-A53 and 4 x 1.2 GHz Cortex-A53) CPU, and Adreno 405 GPU. The device comes with 32 GB internal memory which can further be expanded to 128 GB using a microSD card. It also features 3 GB of RAM.

Besides, the Redmi 3 Pro is energized with 4100 mAh non-removable battery. The device is also supported by fast charging functionality. The battery backup is good and the device can be used for more than two days without charging it twice. Moreover, the device is available in two different colors; like silver and gold.