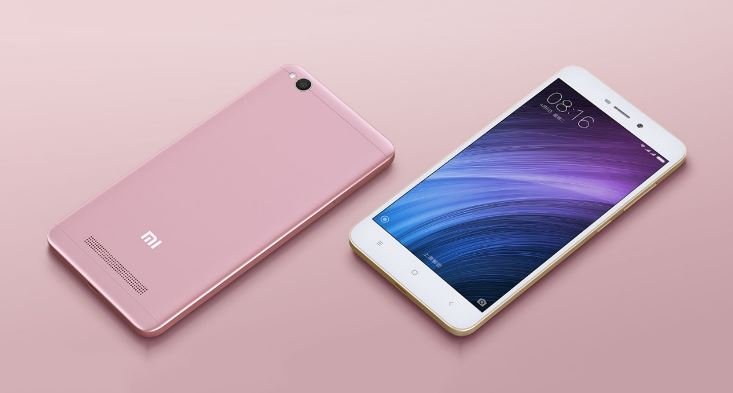 The taste of the consumers regarding the smartphones is dynamic and they also prefer using smartphones which at least comes with some attractive features and suit their budget. And a Chinese company named Xiaomi launches various smartphones to fulfill such demands of the customers. Regardless, it has launched many smartphones and following the same tradition, it launched Xiaomi Redmi 4A on 2016, November. Moreover, the Redmi 4A was the predecessor of the Xiaomi Redmi 4X.

We can notice that the Redmi 4A features an earpiece at the topmost bezel supported by the front facing camera, and various sensors. Besides, the device features the capacitive touch buttons below the screen. However, the buttons are not backlit supported. We also can note a notification LED light just below the home button which lights up while charging the device and receiving different notifications.

The Redmi 4A features a 3.5 mm headphone socket, secondary microphone and an IR sensor at the top part and carries the USB port and a primary microphone at the bottom. Moreover, the device features a primary camera along with the rear flashlight at the rear side, however, this device lacks secondary mic. The speaker grille is placed at the rear-bottom. The power key and the volume adjusting keys are placed on the right hand side. Besides, we can notice the hybrid SIM cards slots at the left hand side.

Furthermore, the Redmi 4A is furnished with 5.0 inches IPS LCD screen with a resolution of 720 x 1280 pixels having ~296 ppi pixels density. The screen produces vibrant color and viewing angles are also good. The device also comes with the feature of color temperature adjustment which allows to change the screen temperature. The device, besides, features light sensor, which automatically adjusts the screen brightness according to the environment.

The Redmi 4A runs Android 6.0.1 Marshmallow along with MIUI 8.0. However, Xiaomi has not rolled out any update for the Redmi 4A. Furthermore, the device is functioned with Qualcomm MSM8917 Snapdragon 425 chipset, Quad-Core 1.4 GHz Cortex-A53 CPU, and Adreno 308. The device is available in both 16 GB and 32 GB of internal memory and 2 GB of RAM. The memory can further be expanded to 128 GB using a microSD card.

Also, the Redmi 4A sports 13 MP, f/2.2mm, 28 mm and autofocus primary camera. The primary camera adds features like geo-tagging, touch focus, face/smile detection, HDR, panorama and so on. The camera also shoots full HD videos at 1080 pixels. The device also features 5 MP of front facing camera. Both cameras are good and are able to capture photos during daytime. However, the camera is not good as of the Samsung’s Galaxy A3 (2016) which too features 13 MP of rear camera.

Besides, the Redmi 4A is furnished with Li-Ion 3120 mAh non-removable battery. The device, unluckily, lacks fast charging functionality, which can be taken as the con. The battery backup of this device, however, is good as the device is usable throughout a day with a single charge. Moreover, the device is also available in different colors like gold, rose gold and dark gray.