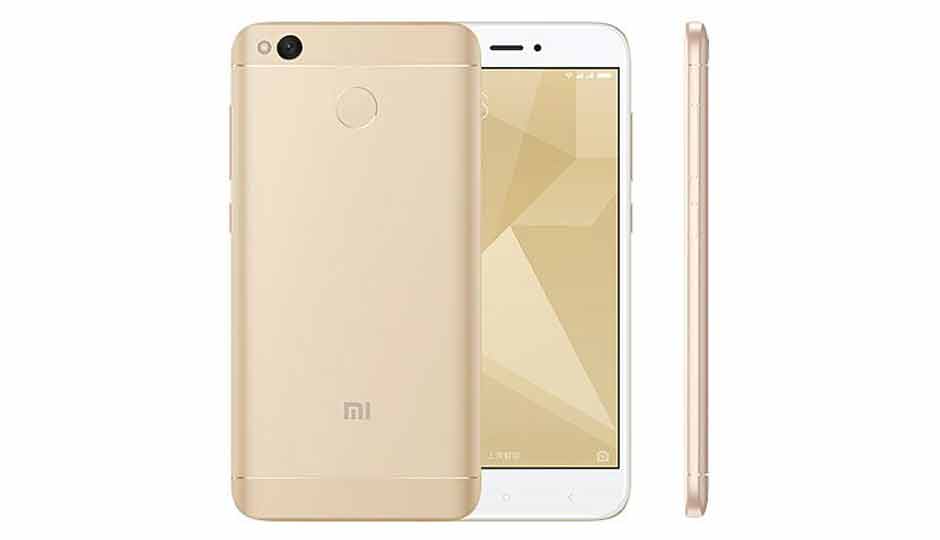 The Xiaomi Redmi 4X, looks similar to the Redmi 4A, and features metal unibody. The device also features non-removable rear panel which is linked up to screen housing. The rear panel is also curved which allows users to hold the device easily. Moreover, the device, likely to other mid-range smartphones like Oppo F3 and F3 Plus, features 2.5D curved corning gorilla glass at the front which protects it from being scratched and makes it look premium.

The Redmi 4X features an earpiece, a front facing camera, and various sensors at the top. However, we can see that this device lacks notification LED light. Besides, the device features the capacitive home, recent app and back buttons below the screen. The touch capacitive buttons too lack backlit.

Moreover, the device features a 3.5 mm headphone socket, a secondary microphone and an IR sensor at the top part. The device, further, carries the USB port, a speaker grille and a primary microphone at the bottom. The device also equips main camera at the top-left corner at the rear side supported by the LED flashlight and fingerprint sensor. The device features the power key, the volume adjusting keys and the hybrid SIM cards slot on the right and left hand side respectively.

The Xiaomi Redmi 4X runs Android 6.0.1 Marshmallow and also features company’s own MIUI 8. The device, further, is equipped with Qualcomm MSM8940 Snapdragon 435 chipset, Octa-Core 1.4 GHz Cortex-A53 CPU, and Adreno 505 GPU. The device is available in both 16 GB and 32 GB internal memory and 2 GB of RAM and 3 GB of RAM respectively. The storage can further be expanded to 128 GB using a microSD card.

Besides, the Redmi 4X is packed with powerful 4100 mAh non-removable battery. The device, unlike other mid-range smartphones, is also supported by fast charging functionality. The battery is so strong that the device can be used for more than two days with a single charge. Moreover, the device is available in different colors like white, black, and gold.