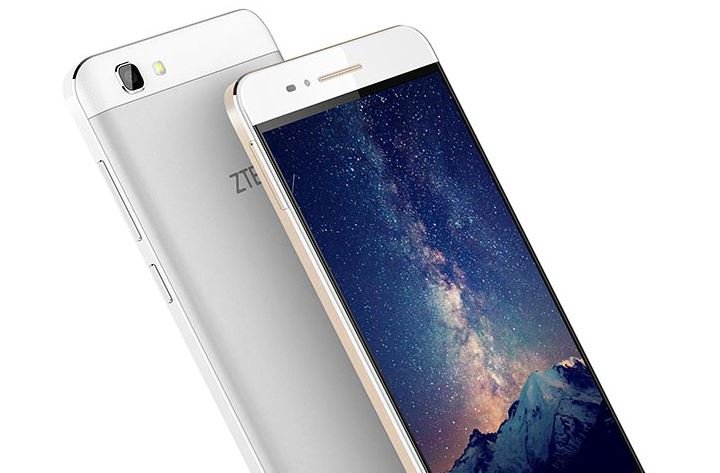 The ZTE Blade A610, like other smartphones of ZTE, receives full metal body. The rear panel is made up of a matte metal. The device, further, features black colored bezels and 2.5D curved glass at the front which makes the device premium.

The ZTE Blade A610 acquires an earpiece on the top of the screen followed by sensors and a front facing camera at the left side. The device, besides, features a capacitive round blue-colored home button along with the recent app and back button below the screen. However, the home button does not work as a notification LED light.

Moreover, the top part features a 3.5 mm earphone socket, whereas, the bottom part possesses the micro USB port and a primary microphone. However, we can notice the lacking of secondary microphone in the device. Further, the right hand side features a power key and a volume adjusting keys and the left side carries a hybrid SIM slot.

Furthermore, the ZTE Blade A610 is furnished with 5.0 inches IPS LCD capacitive touchscreen having 720 x 1280 pixels HD resolution and ~294 ppi pixels density. The screen produces vibrant color. However, the colors are not saturated. Texts are sharp, and viewing angles are of average. Besides, the screen is bright enough to use the device under intense light.

Furthermore, the ZTE Blade A610 is operated with Android 6.0 Marshmallow. Moreover, the device is functioned with MediaTek MT6735 chipset, Quad-Core 1.3 GHz Cortex-A53 CPU and Mali-T720MP2 GPU. Also, the device comes with 16 GB of internal memory and 2 GB of RAM. Further, the storage can be expanded up to 128 GB using a microSD card slot.

Besides, the ZTE Blade A610 equips 8 MP, autofocus camera and is supported by a single LED flashlight. The main camera possesses various features like geo-tagging, touch focus, face detection, panorama and so on. The rear camera captures good photos during daytime and also is capable of shooting videos at 1080 pixels. The device, further, features 5 MP front facing camera that allows to capture nice self-portraits. However, the ZTE V7 Lite, being of the same price range, features 13 MP front facing camera.

The ZTE Blade A610, further, is stocked with 4000 mAh non-removable battery. However, the device, just like other low and mid-range smartphones, lacks fast charging functionality. What new we can see in ZTE Blade A610 is that this device can charge other device as it is packed with heavy battery. The device also has good battery backup. Moreover, the ZTE Blade A610 is available in shining silver, honor gold, and space grey color.