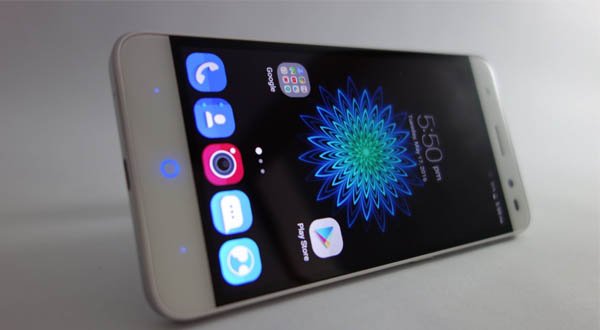 ZTE has been manufacturing many attractive smartphones that fits the pocket of normal users, and following the same trend, ZTE released its premium-looking smartphone the ZTE Blade V7 Lite internationally on 2016, February. And yes, today are analyzing the same device.

The ZTE Blade V7 LITE features an earpiece, a front facing camera, a front facing LED flashlight and sensors at the top of the screen. The capacitive home, recent app and back buttons are featured below the screen. Further, the home key also works as a notification LED lamp.

Moreover, the Blade V7 Lite possesses a 3.5 mm earphone socket at the top. Further, the device carries the micro USB port and a primary microphone at the bottom. The right side of the device features a hybrid SIM slot and power key, and the left side possesses a volume alteration leys. The rear part comprises of the main camera, a flashlight light next to it and a fingerprint sensor just below it. Further, the speaker grilles can also be noticed at the bottom rear.

Besides, the Blade V7 Lite is furnished with 5.0 inches IPS LCD screen with the resolution of 720 x 1280 pixels having ~294 ppi pixels density. The screen is bright enough inside a room, however, may be hard to be read under sunlight. The screen, further, produces vibrant and accurate color. The device also provides a good viewing angle.

Furthermore, ZTE ships Blade V7 lite running with Android 6.0 Marshmallow out of the box, however, cannot be updated to any other software launched by the Android. Further, under the hood, the device is functioned with Mediatek MT6735P chipset, Quad-Core 1.0 GHz Cortex-A53 CPU and Mali-T720MP2 GPU. The Blade V7 Lite comes with 16 GB of internal memory which can later be expanded to 128 GB using a microSD card, and 2 GB of RAM.

Additionally, the ZTE Blade V7 Lite equips 13 MP of main facing camera which is supported by a rear flashlight. The main camera comprises of features like geo-tagging, touch focus, dace detection, HDR, panorama, etc. Further, the camera also is capable of shooting full HD videos at 1080 pixels. Further, the device carries 8 MP of front facing camera supported by a LED flashlight light as of the Samsung Galaxy J7 which helps to nice selfies even in low light.