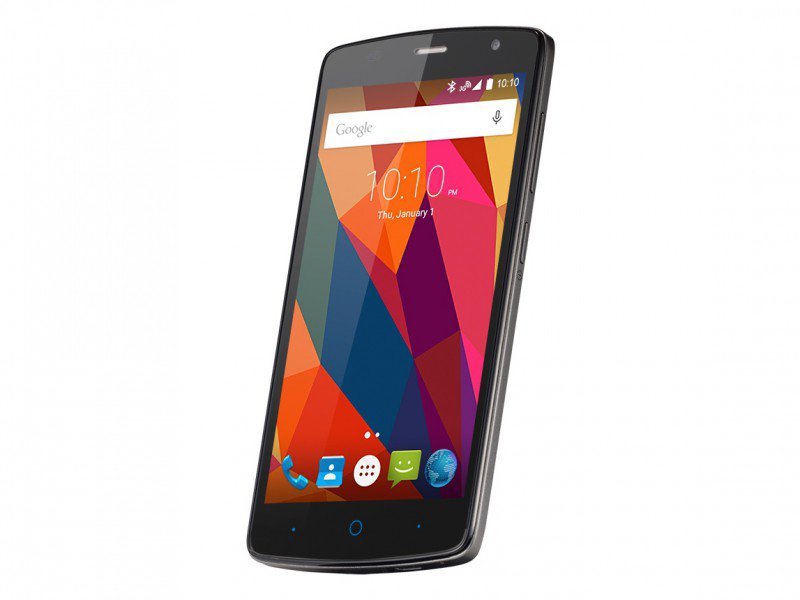 ZTE has been trying its best to market a smartphone that could meet the basic requirement of a normal people and to fulfill the same need, ZTE released it’s another budget smartphone named ZTE Blade L5 Plus, the bigger sibling of the ZTE Blade L5 on April, 2016.

The ZTE Blade L5 Plus, just like its small brother, is completely made up of a plastic. However, the rear panel receives matte finish instead of any other design. The device also lacks protection on its front. The bezels on both sides are also thick.

The Blade L5 Plus, besides, acquires a 3.5 mm earphone socket at the top of its body. Further, the device possesses the micro USB port and a primary microphone at the bottom part. However, the device lacks secondary microphone which was also noticed in the ZTE Blade L5. Moreover, the right hand side carries volume adjusting keys and a power key just below it. The device, besides, possesses the SIM card slots and microSD card slot beneath the rear panel.

Moreover, the ZTE Blade L5 Plus also comes with 5.0 inches capacitive LCD touchscreen featuring 720 x 1280 pixels HD resolution with ~294 ppi pixels density. The color production of screen is vibrant and accurate. Texts too are sharp, however, the device does not possess good viewing angles. Besides, this device too lacks light sensor which automatically adjusts brightness according to the environment.

Furthermore, the ZTE Blade L5 Plus is operated with Android 5.1 Lollipop, and is not upgradable to any other software launched by Android. Besides, the device is functioned with Mediatek MT6580 chipset, Quad-Core 1.3 GHz Cortex-A7 CPU and Mali-400MP2 GPU. The device also comes with 8 GB of internal memory and 1 GB of RAM. Further, the space can be expanded up to 32 GB using a microSD card.

Besides, the ZTE Blade L5 Plus too sports 8 MP, autofocus camera at its rear supported by a single LED flashlight. The main camera comes with different features that help to capture perfect pictures. Further, the device carries 2 MP of front facing camera.

The ZTE Blade L5 Plus has been equipped with 2150 mAh removable battery. However, the device, just like its small brother and other entry level smartphones, lacks fast charging. The battery backup of this device is good and is also usable for more than 1 day. The device is also available in two colors; gray and white.