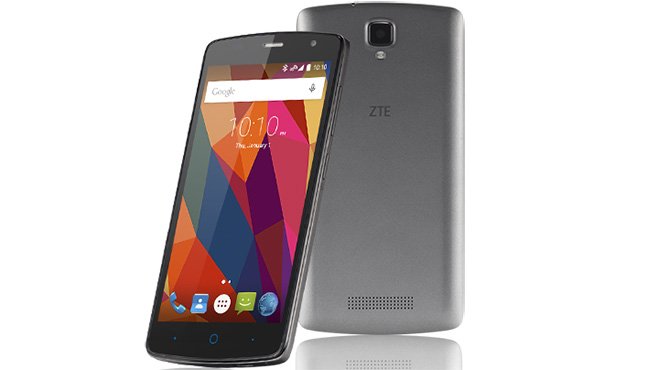 Another Chinese multinational company, ZTE had already started manufacturing mobile devices a long time ago, and accordance with the change in time, it started to manufacture smartphones too. Following the trend, ZTE released its smartphone named ZTE Blade L5  on April 2016 along with the ZTE Blade L5 Plus. And today we are reviewing the same Blade L5.

The ZTE Blade L5, as it is an entry level smartphone, is completely made up of a plastic. The sides, nevertheless, features the touch of an aluminum. The rear panel also receives a unique design which makes the device stylish. However, we can notice the lacking of any glass on the front part. The side bezels too look thick.

The Blade L5, further, possesses a 3.5 mm earphone socket at the top of its body, whereas, the bottom part carries the micro USB port and a primary microphone. However, we can see that the device lacks secondary microphone that is used to cancel unwanted noises. Moreover, the device carries volume adjusting keys at the right side and a power key just below it. The SIM card slots and a microSD card slot are placed under the rear panel. The main camera, a flashlight and a speaker grille can be noticed on the back part.

Moreover, the ZTE Blade L5 features 5.0 inches capacitive touchscreen with 720 x 1280 pixels HD resolution and ~294 ppi pixels density. The screen, despites, produces vibrant and accurate color. Texts on the screen are sharp, however, the viewing angles are not so good. The device, just like the ZTE Blade D2,  lacks light sensor, which means users should manually adjust brightness to use it under intense light.

Furthermore, ZTE ships the Blade L5 running Android 5.1 Lollipop, and is not upgradable to any other software launched by Android. Besides, the device equips Mediatek MT6572 chipset, Dual-Core 1.3 GHz Cortex-A7 CPU and Mali-400MP2 GPU. The device features 8 GB of internal memory which can later be expanded to 32 GB using a microSD card. The device, further, features 1 GB of RAM.

Besides, the ZTE Blade L5 carries 8 MP, autofocus camera at its back supported by a single LED flashlight. The main camera also possesses various features that allow to take perfect pictures. Further, the device carries 2 MP of front facing camera.

The ZTE Blade, moreover, is powered by 2150 mAh removable battery. However, the device lacks fast charging which can be seen in many low-end devices. The device possesses nice battery and is also usable for more than 5 hours. The device is also available in two colors; gray and white.