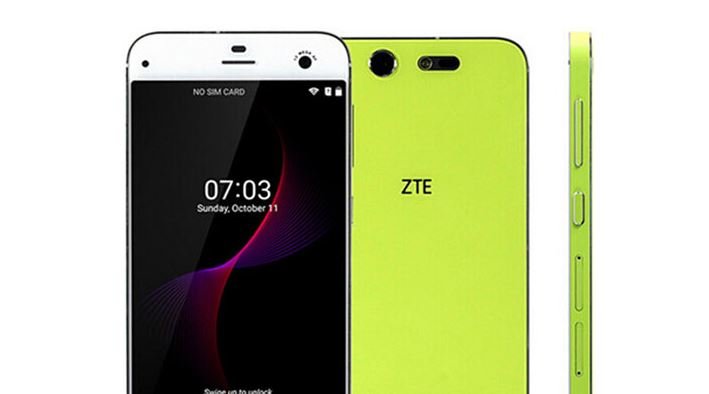 Today we shall be reviewing an Android smartphone known as Blade S7 manufactured by a renowned mobile manufacturer, ZTE. ZTE has been manufacturing different mobiles of different price range, and following the same trend, it released it’s another smartphone of Blade Series, the Blade S7 on October, 2015. The Blade S7 was the successor of the Blade S6 which was launched on February, 2015.

The ZTE Blade S7 features an earpiece at the top of the screen followed by a high-end front facing camera, a front facing LED flashlight and various sensors around it. Further, the device features home button below the screen followed by capacitive recent app and back key buttons. Besides, the home button also works as a fingerprint sensor. Besides, the device carries primary camera, flashlight on the rear part.

Moreover, the top part features a 3.5 mm earphone port and a secondary mic. Similarly, the bottom part comprises of the micro USB port, a microphone and speaker grille . The device features two SIM slot, power key and a volume alteration keys on the right side. However, out of two SIM trays, the SIM 2 slot can either be used for SIM or a microSD card.

Furthermore, ZTE Blade S7 runs Android 5.1 Lollipop out of the box, nevertheless, is not upgradable to any other OS released by the Android. The device, besides, has been furnished with Qualcomm MSM8939 Snapdragon 615 chipset, Octa-Core (4 x 1.5 GHz Cortex-A53 and 4 x 1.0 GHz Cortex-A53) CPU and Adreno 405 GPU. Also, the device has been stocked with 32 GB of internal memory which is expandable to 64 GB using a microSD card. The device also features 3 GB of RAM.

Additionally, the ZTE Blade S7 boasts 13 MP, autofocus main facing camera. The main camera also comes with features like geo-tagging, touch focus, dace detection, HDR, panorama, and so on. Further, the device carries 13 MP of front facing camera which allows users to capture perfect self-portraits. Also, the front camera is supported with the LED flashlight that helps to take good photo even in low light. And both cameras are able of shooting videos at [email protected]

In addition, the ZTE Blade S7 is packed with 2500 mAh users’ non-removable battery. Moreover, the device is deprived of fast charging which can be seen in the many smartphones. However, the device possesses good battery which gives backup to more than 5 hours. Besides, the device is available in lemon green, rose gold, diamond white and space grey colors.